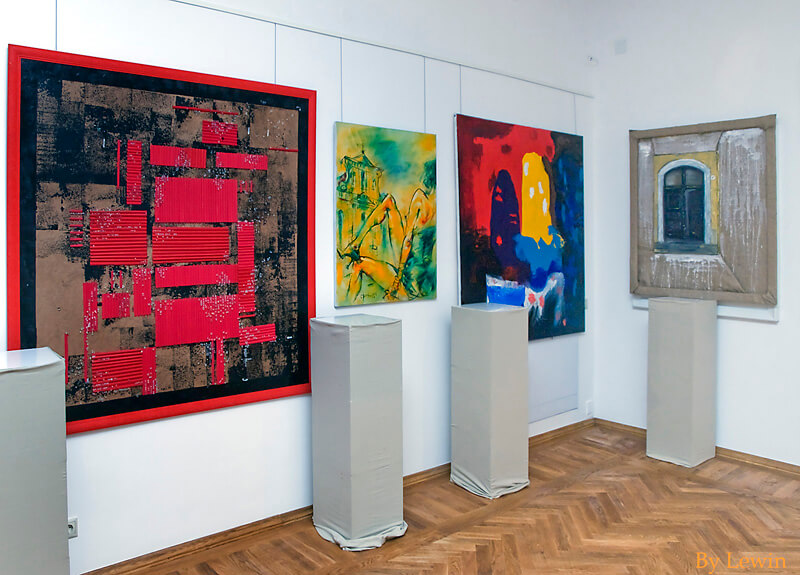 The Grand award ceremony of the art contest was held within the framework of the opening of the "My Lviv" art exhibition. The art contest preceded the Summer Party of the Center for Urban History of East Central Europe of the Private Foundation of Dr. Harald Binder.

On May 5 in the framework of the "My Lviv" art contest, a semifinal election of art pieces to be exhibited at the Center took place. The board of judges gave their preference to the most creative and original approach that broke the mold of the established cliché of Lviv as a city with historic glory. The art pieces approved for the final competition and exhibition were distinguished by their new vision of the city within the overall urban concept.

Fifty participants entered works of art created with various techniques (oil, graphics, photograph, etc.) and styles. Both well-known masters and novice artists were among the participants. The works reflected the artists' individual view of "their" city – Lviv. It is worth mentioning that judges did not possess any information about the names of the artists; we therefore did our best to exclude the influence of stereotypes in evaluating their creativity. The judges discovered the names of the participants only at the exhibition opening.

Our next step was organizing the Center's Summer Party, including the grand award ceremony of the Art Contest’s winner, for August 15. It was then that the names of the artists who had taken part in the contest and the exhibition were announced. All the chosen pieces of art were put on sale during an auction also conducted as part of the event at the Center for Urban History.

The program of the event united everything: a concert, speeches from the stage, a performance by the Komaha music band (from Kyiv), the art exhibition, coffee from Svit Kavy and flavorful tea from Stari Mury colonial goods store. To top it all off, the party had a pleasant atmosphere and was embracing with harmony, joy and art. At the auction, five works were bought at a cost varying from three thousand Hryvnias to seven thousand Hryvnias.

Please take a look below at the pictures from the party and the pictures of art pieces that participated in the exhibition.

Olha Khlopik (author of the work "On the Roofs"), a talented artist from Lviv, was announced the art contest winner. Two other honorable places were taken by Andriana Kharkalis (the work "Modern Lviv – Modern Lion") and Iryna Panchyschyn (the painting "Colorful City"). At the auction two more canvases were bought – one by Olga Khlopik ("Lviv Again") and another by Yurko Morykvas ("New.Old.City").

It was noticeable that everybody had evening attire which adorned the celebration with some charm which was both pleasant and unusual for Lviv. At the end of the party, every lady received a rose and many smiles lit up the guests' faces.