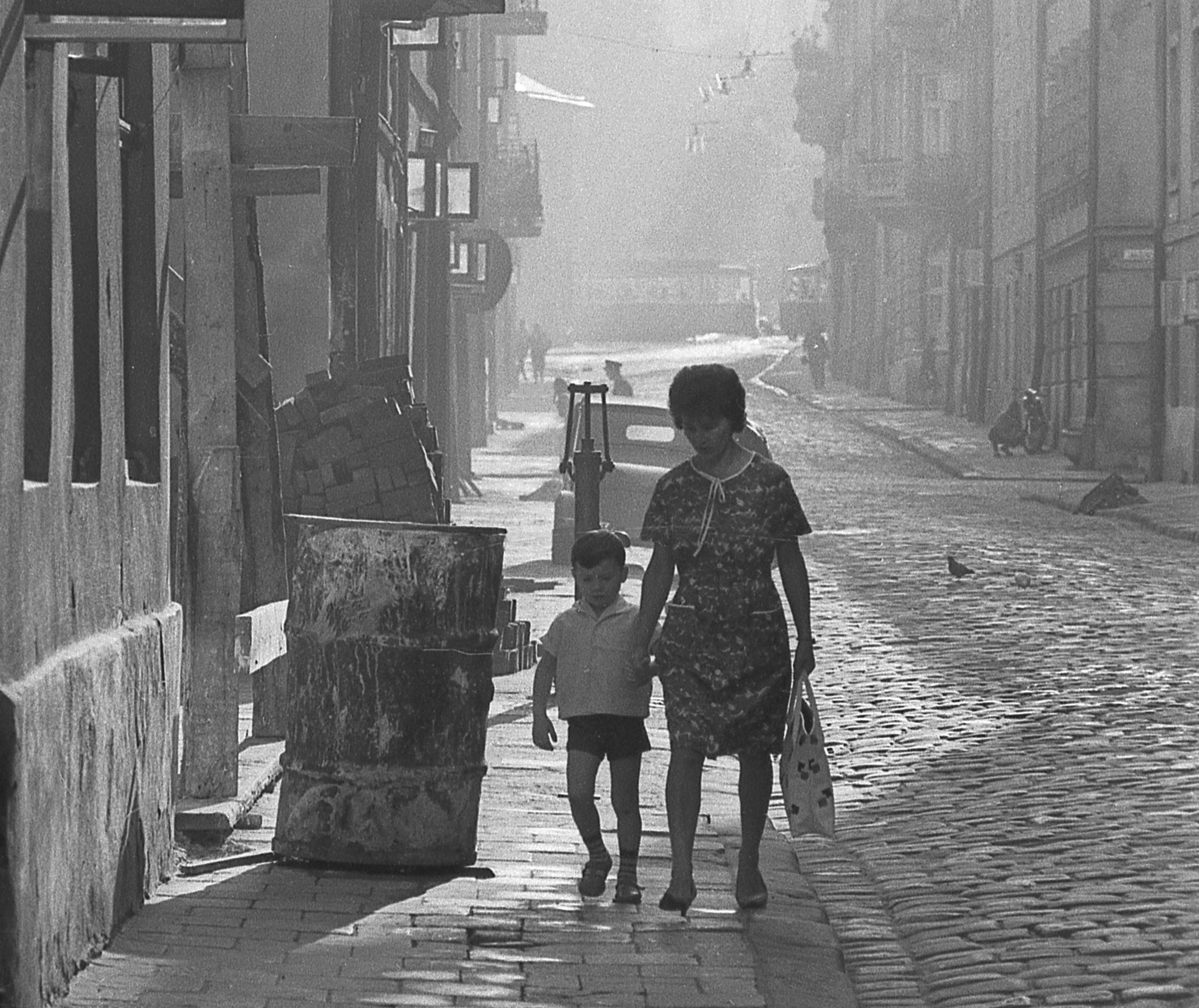 Message from the Past, Lesson for the Future

Koliyivshchyny square is situated between the streets of Brativ Rohatyntsiv and Staroyevreyska. It was the center of the medieval central Jewish quarter. Until the early 20th century, the square had had a well on it supplying water to the residents of the nearby townhouses. In 1944, the square was renamed to commemorate the Haydamaky rebellion of Koliyivshchyna, a contested episode in the history of Ukrainian-Jewish relations. Today, the square is a popular destination with cafés, restaurants, and a hotel. It lacks information on the Jewish history of the area, but there are ruins of yeshivah (Jewish higher religious educational establishment) and of several synagogues not far from it. In 2016, in the nearby street Staroyevreyska, a memorial site of the "Space of Synagogues" was opened.

In their work with the place, workshop participants focused on the personal dimension of the great history. The exhibition "Message from the Past, Lessons for the Future" was dedicated to the citizens of Lviv who survived the Holocaust. These are several people out of hundreds of thousands whose stories still remain silent in the urban settings. Authors of the exhibition used personal stories and memories of Leszek Allerhand, Janina Hescheles, and rabbi David Kahane to represent the Shoah through the eyes of Jewish people who lived in Galicia. This glance from the past looks at the present day and rediscovers the familiar places within the urban public space. Three stories of Lviv citizens and biographies of places presented in the exhibition make up a mosaic of the intersection of two epochs: before and after the Holocaust. It is a story of the people divided by the shared road of death. It is the road that cannot be left in oblivion and shall not be taken again – it is the lesson of the past for the future of everyone.

While working on the exhibition, the authors used archival materials, photographs from the digital collection of the Center for Urban History and memories of eye-witnesses who survived the Holocaust in Lviv. Students personally contacted one of the characters of the exhibition Janina Hescheles who handed over to them her family photos to be used for the exhibition.

Opening of the exhibition was accompanied by a poetry presentation telling about the Holocaust as a premonition and anticipation, as a tragedy and a lesson for mankind. The authors resorted to poetry to present episodes from the history of Jewish people in a dialogue of the past and the present. Poems were recited in different languages to symbolize diversity of cultures and identities of East European Jews exterminated during the Holocaust.

Tutor of the workshop – Anna Chebotariova (Center for Urban History)
The workshop was a part of the summer school  "Jewish History, Multiethnic Past, and Common Heritage: Urban Experience in Eastern Europe."

The exhibition has become part of the public program of the Summer School  "Jewish Days in the City Hall" and a festival of Jewish culture "LvivKlezFest".