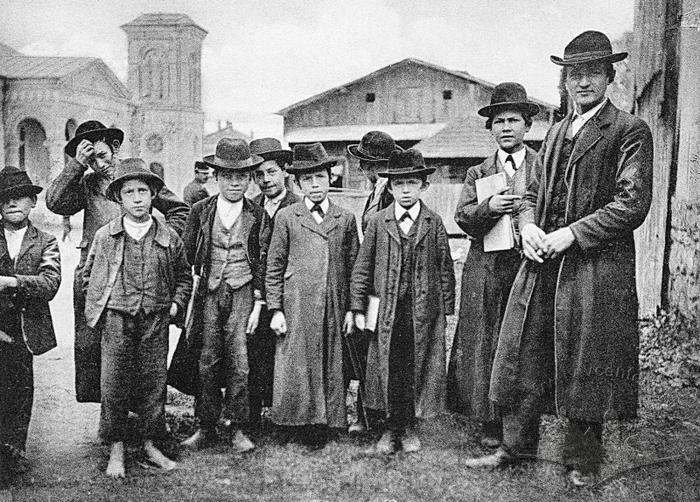 Since 2009 we have been organizing an annual summer school on Eastern Europe’s Jewish history and multiethnic past. The main objective of the school is to start and hold a discussion in the academic and public spaces of new approaches to the study of Jewish history and heritage in the multiethnic and multicultural context of Eastern and Central Europe.

The next two schools that will take place in the summers of 2016-2017 will address the topics covered in previous programs, but also include new elements. Keeping the interdisciplinary teaching format, we placed more focus on urban history and the practical dimension, especially by involving public history approaches.

The Summer School 2015 combined an academic program, a language school, and workshops on public history and heritage studies. The program included lectures on Jewish history in Eastern Europe; an introductory course in Yiddish (with the possibility of further training in the intermediate level); and seminar courses on transnational approaches and topics, cultural history, and memory and heritage studies. An important part of the program was practical work with resources and exploring different formats of implementing projects in the public space of the city. The program included tours, meetings with experts and researchers, and discussions.

The program also included the workshop "Places of Jewish history in Lviv: Art, Heritage, Commemoration". The main task of this workshop was to engage the participants into finding the ways of bringing awareness about communities and people that lived in the city before the Second World War and the Holocaust. The workshop finalized the summer school with an open-air exhibition addressing Jewish history and heritage in Lviv.

Upon successful completion of the school, participants received:

Queens College, City University of New York
The Jews of the Soviet Union: From Nationalism to Communism and Back

Northwestern University, USA
The City: a locus of Jewish, Polish, and Ukrainian encounter with a focus on Ukraine

The Jewish Theological Seminary, USA
The History of Jewish Culture in Eastern Europe: From Hasidic Piety to Yiddish Secularism