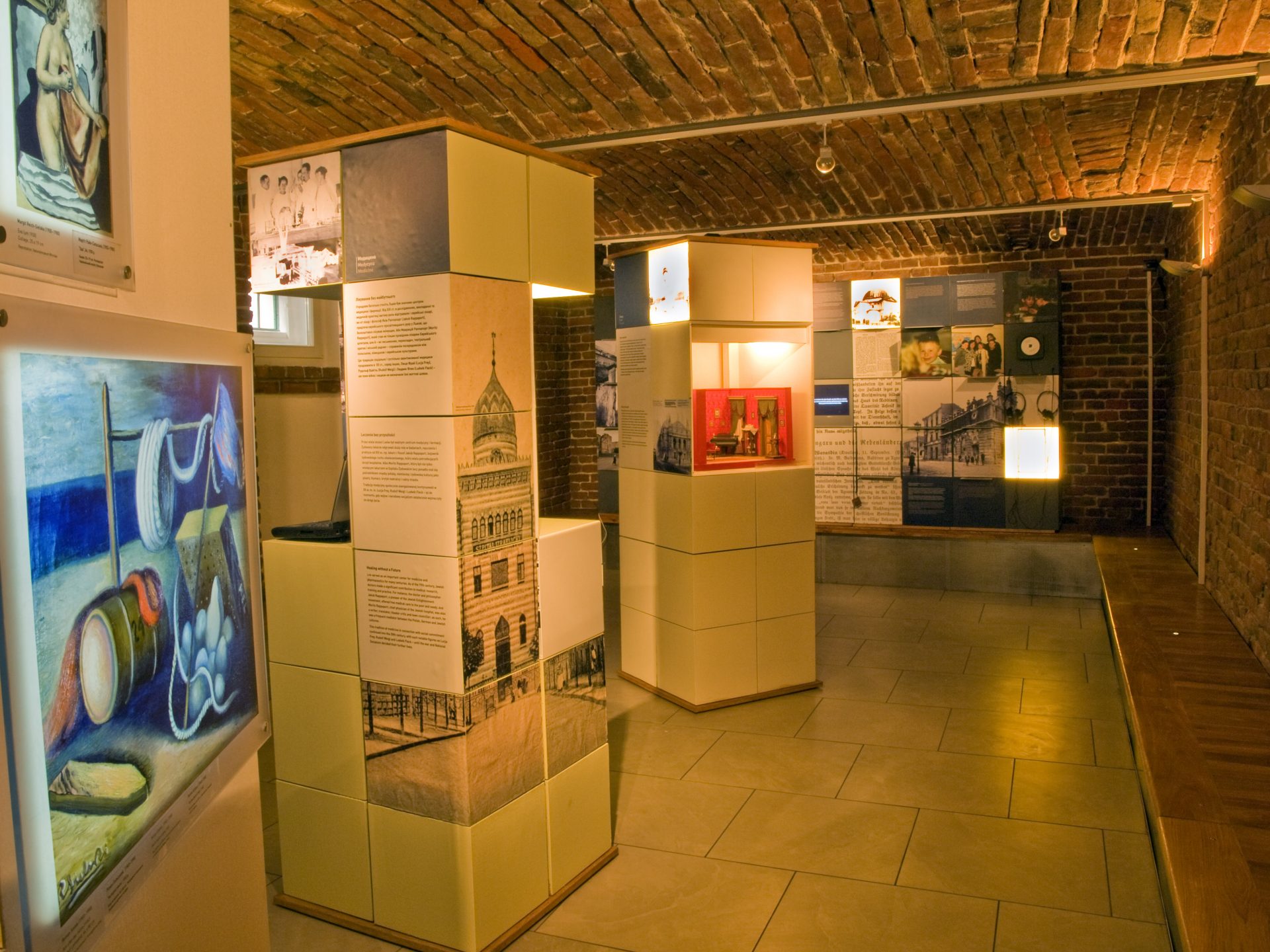 Lviv a World a Way

Created in Berlin by the Neue Synagoge – Centrum Judaicum under the title "Wo ist Lemberg?" ("Where is Lviv?"), the exhibition was on display during the fall of 2007 in the building of the synagogue on Oranienburger Strasse in Berlin. Kindly provided by its creators and carefully adapted by the Center for Urban History, this exhibition presents a view of bygone Lviv that has been made possible by the mutual efforts of historians, curators and artists from various countries and continents.

This exhibition is dedicated to a city,  which, in the words of Leopold Unger, was "a city of three nations – Poles, Ukrainians and Jews (not counting Armenians, Crimean Karaites, Tatars and others), a city of three desires, three philosophies, languages, religions and an endless number of conflicts". This city does not exist anymore. This exhibition is also about a city inhabited by people who belonged to different communities whose identities, cultures and religions interacted with and influenced each other.

Wars and violence ruined the diversity of this city. Its Jewish population was murdered in the Holocaust, and after World War II the Soviet Government forcefully deported the Polish population. But some of the former cultural variety still lives in people’s memory; there are places that are connected with it, texts and histories that symbolize it, traditions that serve as reminders of it. There are also places that have been erased and that are hardly remembered anymore. Nowadays, however, the inhabitants and visitors of Lviv are again beginning to rediscover the history of buildings, squares and streets.

The exhibition combines the histories of various communities, displaying both the forgotten, erased, and unfamiliar, as well as well-known places, figures and events. Twelve different scenes showcase Lviv’s making as a modern metropolis, its "entering the world stage" at the end of the nineteenth century, its destruction and transformation, and its current life.

The project was realized in Berlin with the support of the German Federal Cultural Foundation and the German government under the leadership of Herman Simon and Chana Schütz. The curators of the exhibition are Irene Stratenwerth and Ronald Hinrichs with the participation of designer Marcus Spiegel and artists Olena Turianska, Yurko Koch, Vlodko Kaufman, Suzanna Lauterbach, Silke Goes, Sofia Onufriv, and Pit Arens. By the initiative of Harald Binder, the exhibition was adapted for Lviv by chief designer Herbert Pasterk together with Bohdan Shumylovych, Sofia Dyak, and designer Iryna Zimerman.