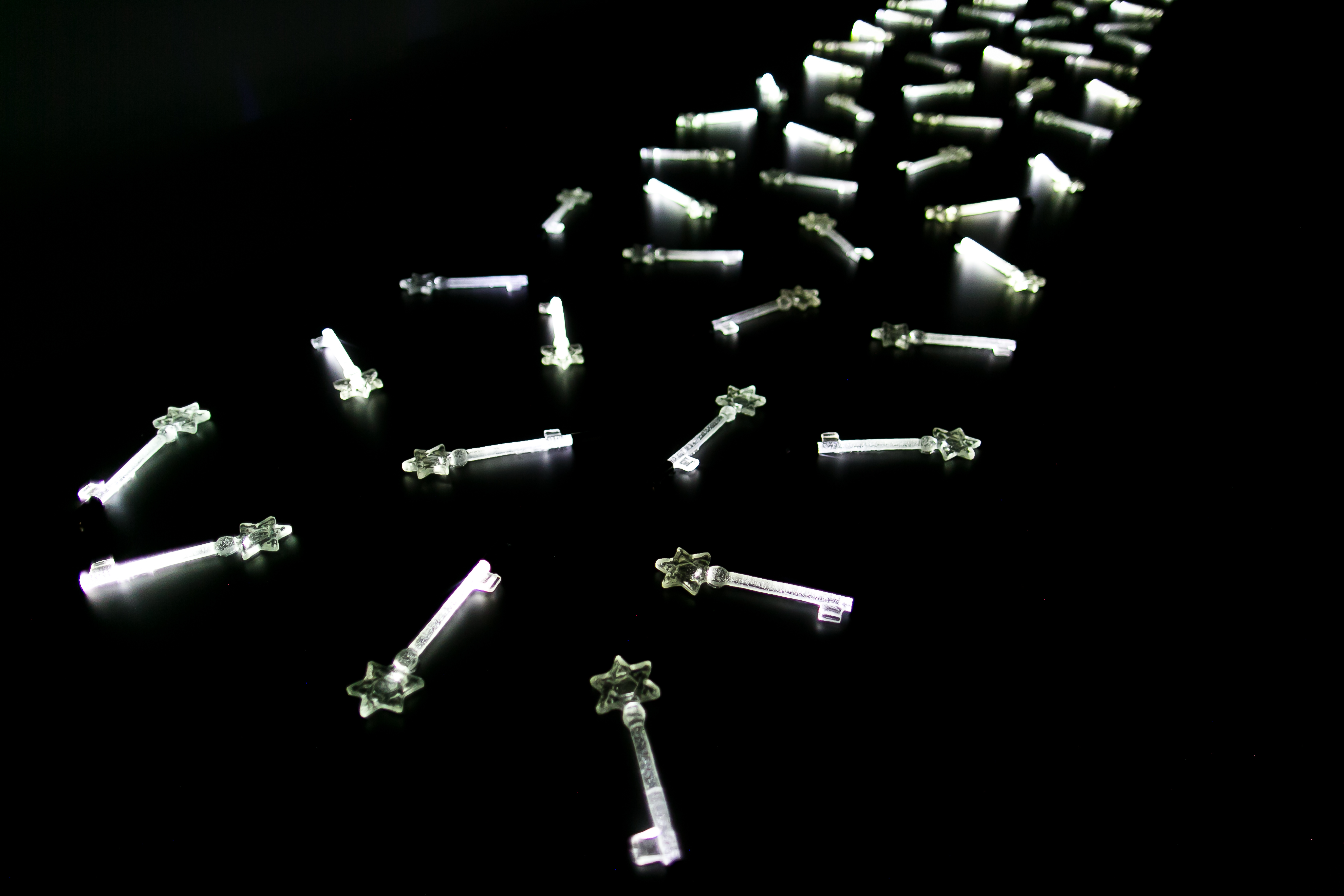 A Key to the City: Three Ways of Visualizing Jewish Heritage in Lviv

When history is remembered through art, it is never forgotten. The exhibition by Rachel Stevens contains three projects that explore different elements of Lviv's Jewish heritage.

A Key to the City, is 75 glass replicas of synagogue keys resting on a black table. The use of glass evokes both the luminous quality of life and the murder of Jews at Piaski – "The Sands" – at the Janowska Camp. The artwork reminds us that Janowska was liquidated 75 years ago. In spite of these losses, Jewish heritage and renewal still exist in Lviv and greater former Galicia.

Underworld: Holocaust Survival in the Sewers of Lviv, is storytelling that reveals how the Chiger family and other Jews survived by hiding in Lviv's sewers for over a year. Leopold Socha, a Polish sewer worker, risked his life for people he did not know. This dramatic story unfolded below the cobblestones of some of Lviv's most historic sites, as well as explores the relationship between visible and hidden worlds.

100 Jewish Sites in Lviv, is an interactive map that reveals a landscape that was mostly lost by Jewish citizens. A Lvivian named Borys Orach compiled this geographic treasure and this digital map project celebrates his life and love of buildings that embody Jewish history. The digital map and database invite the public to add their memories of Borys Orach and their insights into the city's Jewish cultural history.

This exhibition takes place as part of the program "Lwów, לעמבערג‎, Львів, Lemberg, Lviv’43: The City that did (not) Survive." It is a series of memorial activities to commemorate the 75th anniversary of liquidation of the ghetto and Janowska concentration camp in Lviv. Throughout March-November, 2018, the city will host lectures, exhibitions, and memorial concerts. The program is running with support of Lviv City Council, and in partnership with research, museum, and cultural organization of the city, such as the Memorial Museum of Totalitarian Regimes "Territory of Terror," Center for Urban History of East Central Europe, Charity Fund Hesed-Arje, Lviv Organ and Chamber Music Hall, "Collegium Musicum" Music Agency, Jewish Studies Program at UCU, Charity fund B'ney B'rit "Leopolis" named after Emil Domberger.

This exhibition was made possible by Fulbright Ukraine, The Council for International Exchange of Scholars and The Center for Urban History of East Central Europe

Cover Image: The installation "Keys to the City"