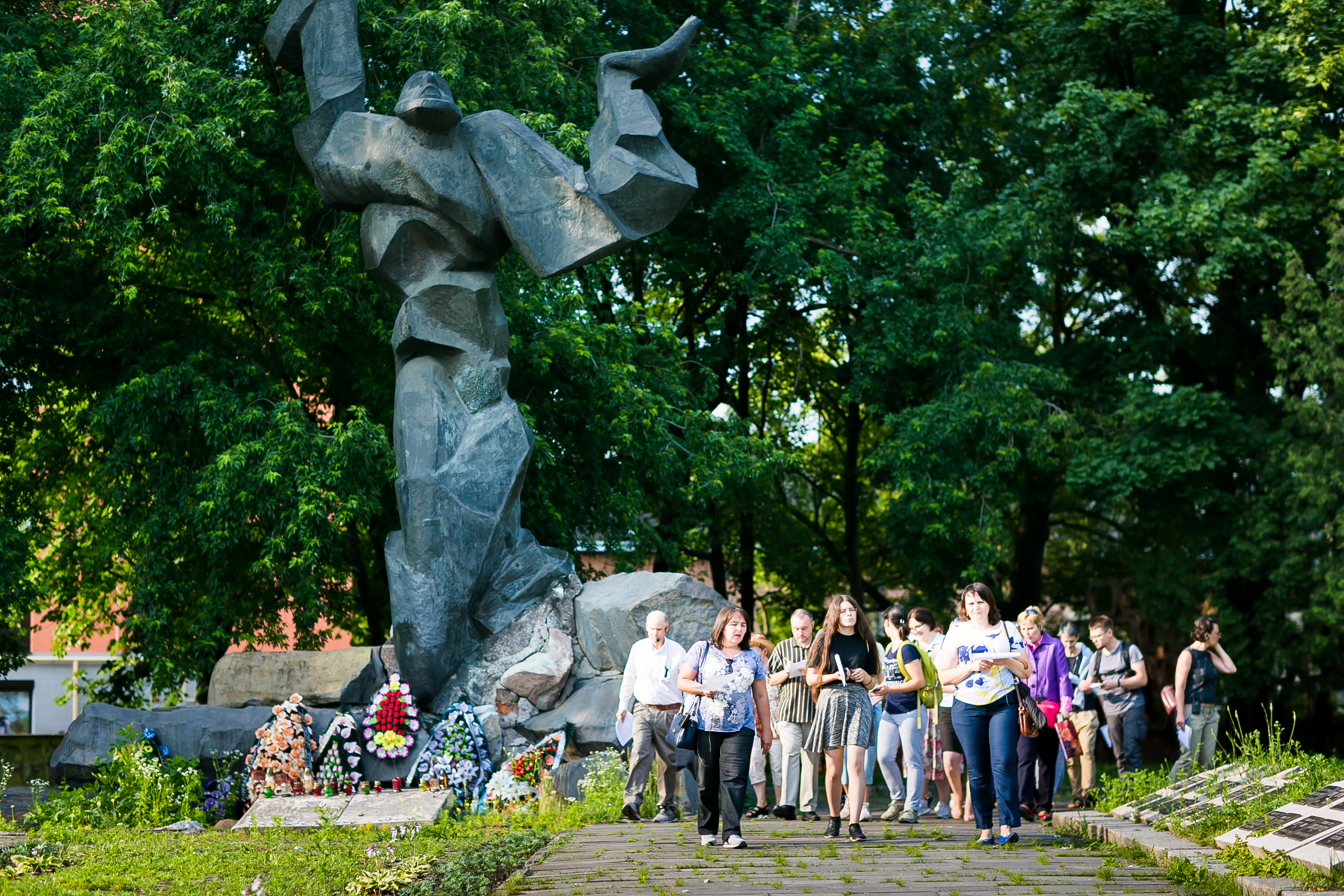 Underworld: Holocaust Survival in the Sewers of Lviv

It is difficult to estimate the exact number of Jews living in Lviv before the Nazi occupation. This is, as well as a number of those, who survived the occupation, the subject of debate among historians. Behind any number, however, there is an innumerable amount of life stories. Some of those are known all over the world. Many remain untold.

The tour will focus on the survival story of a little girl Krystyna Chiger and her family, along with six more survivors who managed to save their souls hiding in the sewers of Lviv during the 14 months after the ghetto liquidation in the late May 1943.

During the city walk, we shall see Lviv streets, buildings, churches, monuments and sites currently associated with the recent history, various festivals, and peaceful life. However, 75 years ago, they were all witnessing both the death of one-third of Lviv citizens and the miraculous salvation of small groups of Jews.

The walk will cover the inner city. One of the focuses will be to rethink urban space through the history of survival of the Chigers and their "friends" in an unhappy hour.

Registration is open to a limited number of participants.

The city walk will be conducted by

The city walk will be held in Ukrainian.

The walking tour on June, 5, was conducted by the author Jack Wright, a US geographer.

The walk is conducted as part of the exhibition "A Key to the City:  Three Ways of Visualizing Jewish Heritage in Lviv".