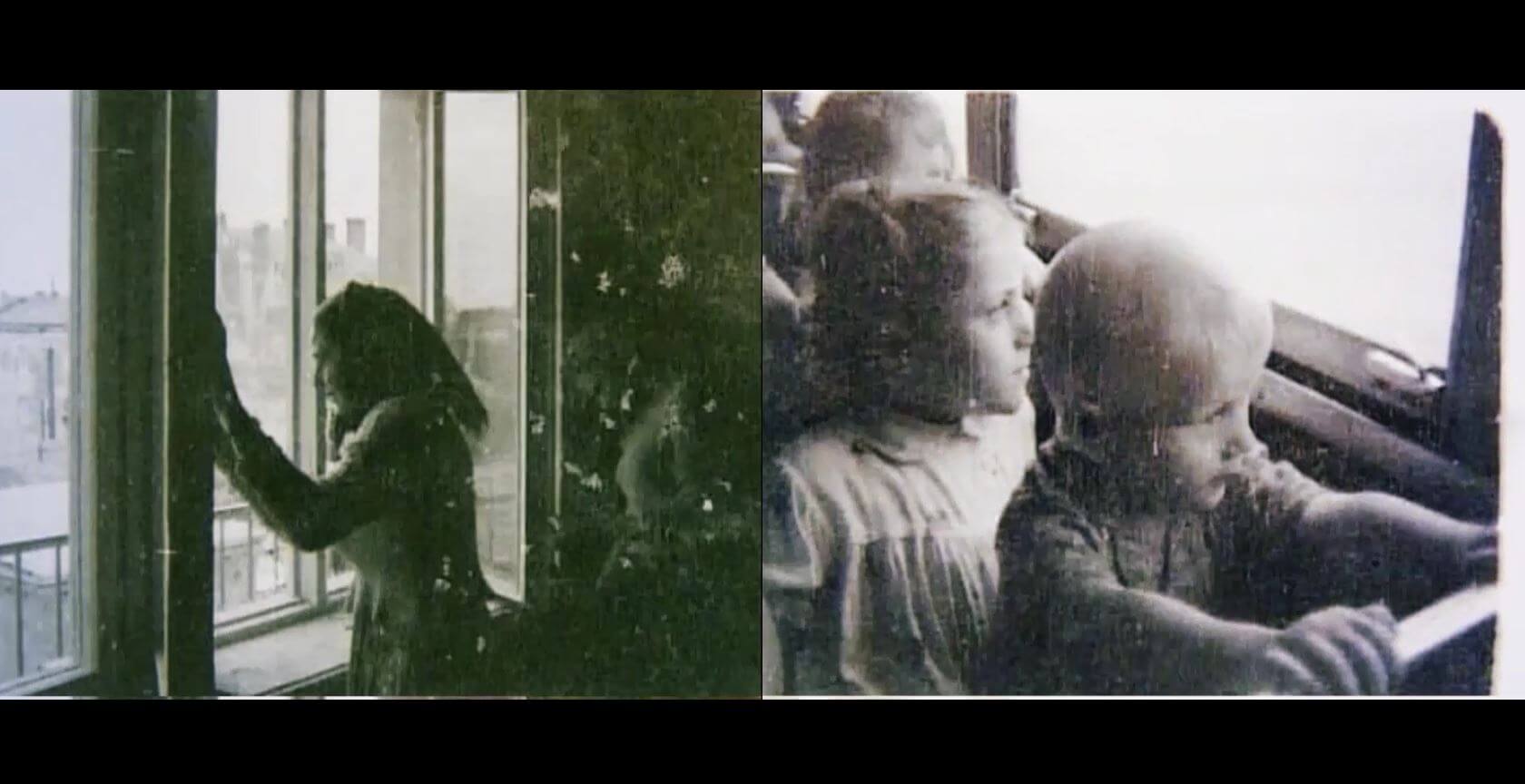 The courtyard of the Center for Urban History hosted another film show within the [un]Archiving series. The topic of the event was the construction of socialism and a socialist city. The film by Volodymyr Shevchenko "The Good Day of Lviv " (1969), as a late attempt of the genre of urban symphonies, was shown together with an experimental video art by Oleh Voronko "Time forward, two times back" compiled on the basis of archived videos.

The film was watched by the students of the summer urban school "Sykhiv: Spaces, Memories, Practices" who had spent two weeks to study the largest residential area in Lviv as a sample of planned late-Socialist development. The audience also included participants of the international conference "Ins/Outs of Socialism: Visions and Experiences of Change in the Second World Cities." The conference took place on August, 25-27, in the Center for Urban History and brought forward the issues on the experience and roles of cities from all over the world in the periods of introducing socialism and getting out of it.

The materials offered for [un]Archiving were closely related with the topics and reflections on the two events. "The Good Day of Lviv" (1969) is a film made to be shown to commemorate the 30th anniversary of Western Ukrainian lands joining the USSR. The propaganda goal of glorifying labour and socialism was reached with the help of romantic images. Volodymyr Shevchenko made a film about Lviv in line with the avant-garde tradition of urban symphonies. A day from the life of the city was presented through the classic technique of showing work and leisure. Detail shots and close-ups of faces, hands, and machinery in factories are combined in the film with the long shots of streets and public spaces. The visual row is accompanied with the poetry by Roman Lubkivskyi, and improvised jazz pieces by a young musician and composer Mykhaylo Manuliak.

The bright colorful images of the film go in contrast to the video art by a media artist Oleh Voronko. "Time forward, two times back" is the author’s vision of the topics on constructing a socialist city. It is made on the basis of archive video materials processed by the Urban Media Archive, such as the newsreels from the The Central State CinePhotoPhono Archives of Ukraine named after H. Pshenychnyi and the 1950-1960s TV news of Lviv television stored in the State Archive of Lviv region, as well as recordings from private archives. The basis for the audio part was a well-known suite by Georgiy Sviridov "Time, forward!", as adapted by the author.

Another opportunity to watch the video by Oleh Voronko "Time forward, two times back" will be the film show during the European Heritage Days on September, 10, at 3 p.m., in the Center for Urban History. More details coming soon.

[un]Archiving is the project of informal presentations of sets and collections of the Urban Media Archive to promote and mainstream the problems of archival heritage in the community. We are committed to shape new attitudes on archiving and present historical collections in an unusual perspective. The events from the series include public viewing and listening to visual, audiovisual, or audio pieces that could use a different format from academic settings and create an atmosphere of free reflection and discussion, as well as combine popular formats and archival historical collections. It will be the nights of cine-music or photo-music, film screenings, photo presentations, and other events representing a dialogue of the present day and the past times.