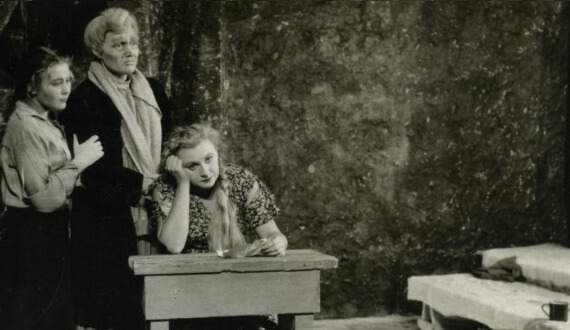 Theater as a space and an environment is part of the wider cultural landscape of the city. In it we see the reaction to changes, adjustment to the current conjuncture, and the creation of new values. This is where the processes of remembering and forgetting take place, and the current state of theater is largely determined by layers of past experiences and practices.

However, theater is primarily people: people on stage and off stage, the audience in the hall, playwrights, theater critics, journalists, readers of reviews, passers-by who see theater posters. They all form fields of interaction, which are directly affected by the political, social, and economic situation in the city, country, and world, and to varying degrees are involved and react to global theatrical processes. People create texts about theater and for the theater, which circulate in the media; they experiment with space for performances and respond to the challenges of the situation; finally, they live in a particular place at a particular time and are linked together in not always obvious ways.

The meeting will be moderated by theater expert Maria Antoniuk and sociologist Natalia Otrischenko.

Dicsussion is a part of the series of talks Theater:InsideOut, a joint project of the Center for Urban History and the Drama.UA First Stage of Contemporary Drama.