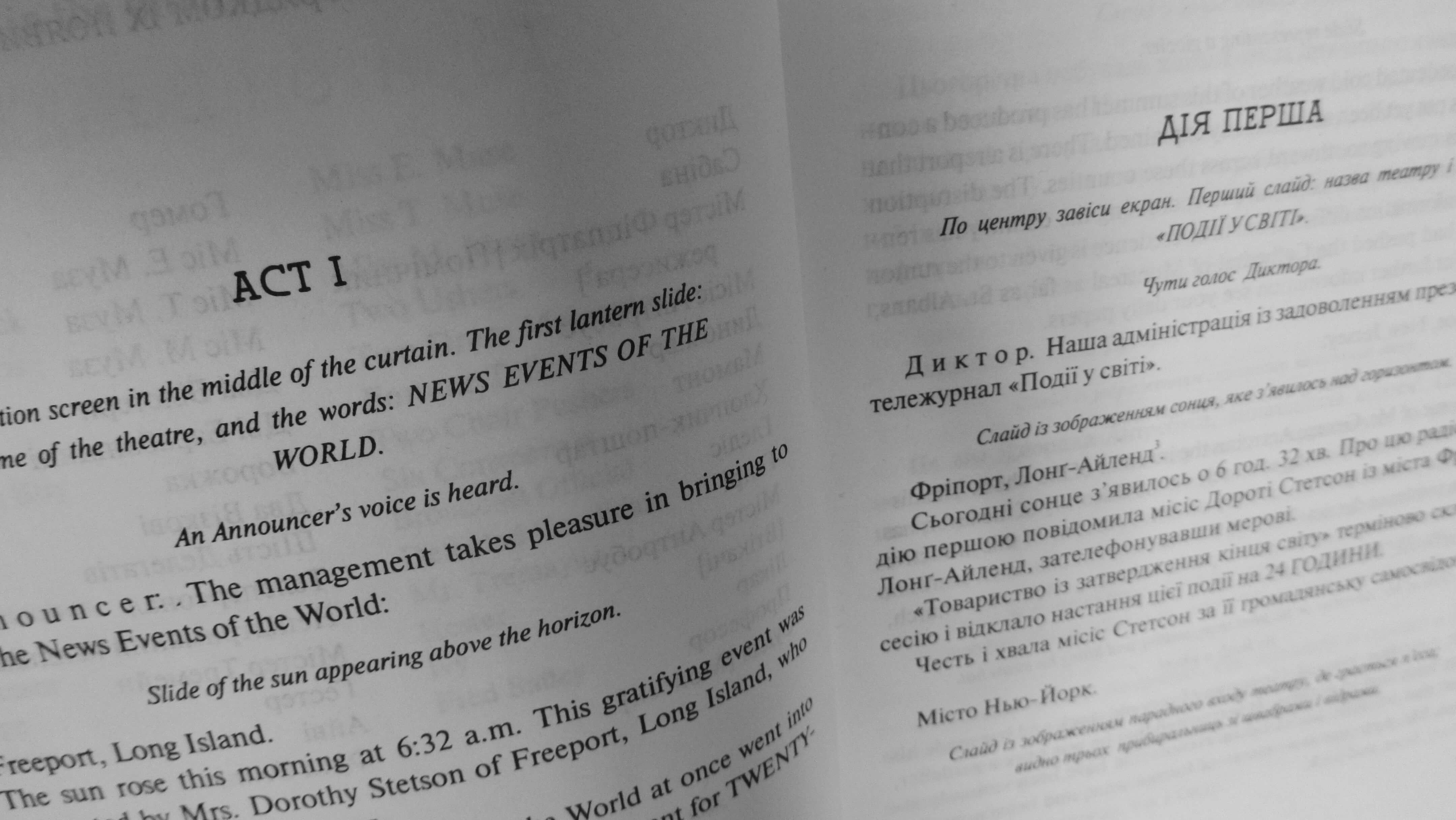 Especially for the III Festival of Contemporary Playwriting Drama.UA writers translated plays from British, Polish, Swedish, and German playwrights. In this way there was an All-Ukrainian premiere of eight new European plays during the festival in the form of staged readings and special performances. The particularity of dramatic works lies in the fact that unlike other literary forms they are made not only for reading but also for performance. This difference requires a separate approach to theatrical translation.

During the roundtable "Why translate European playwrights?" discussion centred on: