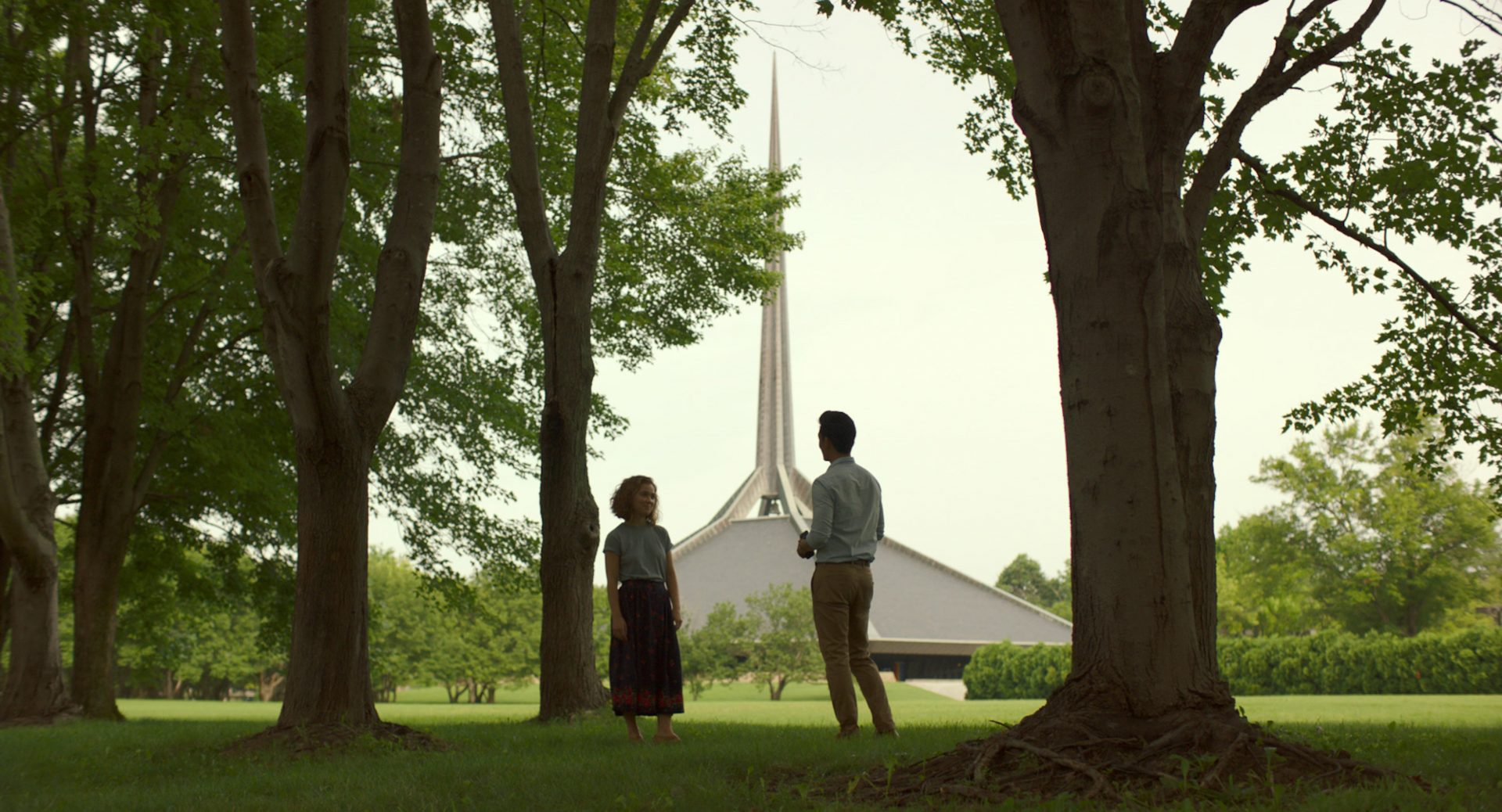 This time, we will view a US city not from a documentary perspective, but from a fictional one.

Architecture in film. Architecture in fiction. Architecture as a character in a story that explores the complex drama of children and their parents, and the clash between provincial obligations and metropolitan dreams. The small town of Columbus, Indiana is the unlikely location of one of the richest settings of modernist architecture in the United States, a town filled with landmark buildings designed by Eliel and Eero Saarinen, I.M. Pei, Cesar Pelli, Kevin Roche, and others. These masterpieces were created for normal small-town life: a library, a bank, a school, or a firehouse. Against this iconic modernist background, a quiet and delicate story unfolds, a story as filled with silence as it is with dialogue, a story about recognizing the people, environment, and choices around you, and acting—or not acting—accordingly.

The film will be screened in the original language, with Ukrainian subtitles.