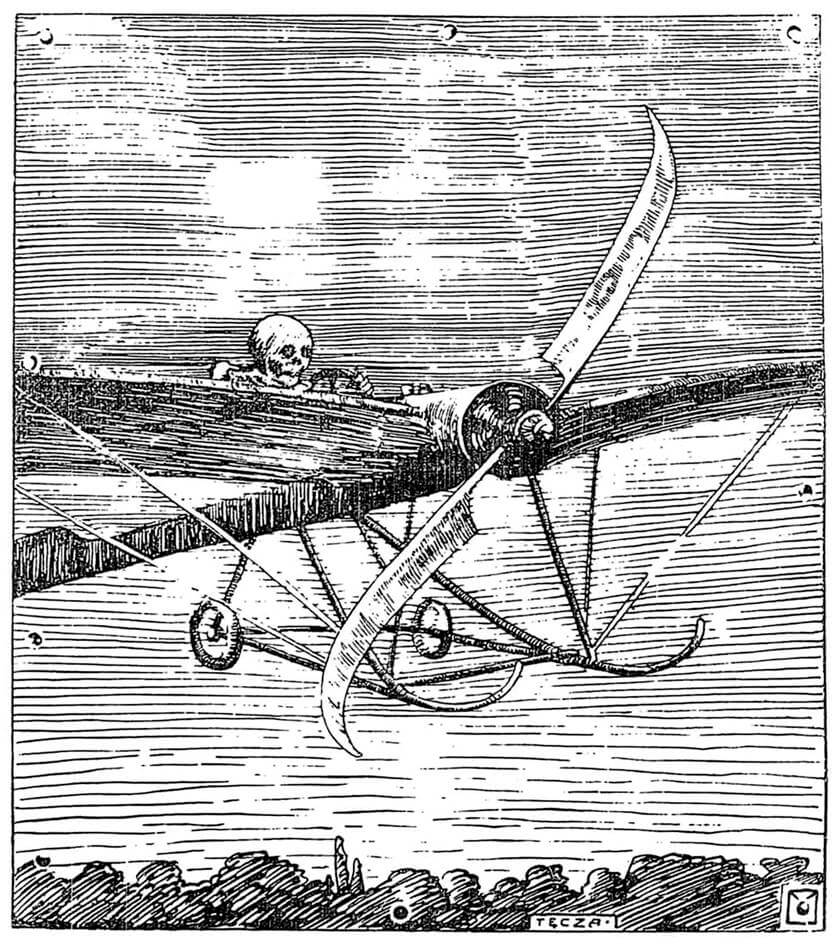 Program:  Opening the World of Art

From 'Death in the XXth Century' to 'The Aeroplane for Everyone': Early Reactions to the Age of Speed in East Central Europe

At the turn of the twentieth century, East Central Europe, like much of the world, found itself in the thralls of a new world of speed and simultaneity, urbanization and globalization, a world epitomized by the appearance of new machines of rapid forward motion. From the steamships and locomotives of the nineteenth century to the new bicycles, electric streetcars, automobiles, and especially, the airplanes of the turn of the century, the machines of the new era challenged age-old notions of time and space while offering novel dangers and opportunities.  Witnessing the speed and power of mechanized transportation, many connoted the new machines with danger and death.  Yet for individuals and nationalists considering the fast new transportation technologies of the age, bicycles, automobiles, and airplanes could be seen as vehicles to individual and national freedom and modernization, a literal quick fix. What better way to escape backwardness than in rapid forward movement?

In the Polish lands, under the dominion of not only Austria-Hungary, but also Russia and Germany, the age of speed aroused great interest. Because of their relative economic and technical backwardness under the partitioning powers, Poles were generally not in the position to be innovators in the interrelated fields of cycling, motoring, and aviation, but this did not mean that they ignored its developments and nor did this prevent them from imagining themselves in a leading role. Polish-speaking citizens of all three empires joined cycling clubs and became automobile and aeroplane enthusiasts. The University of Lviv was the second university in the world to install a wind tunnel for aeronautical research and a Polish newspaper editor was among the first to write a popular novella about manned flight. Ludwik Szczepański’s virtually unknown—even in Poland—novella "King of the Air" imagined a world in which a Polish engineer from Poznań created an "aeromobile" that, despite its creator’s peaceful intentions, ultimately caused a war that realigned the borders of Central Europe and resulted in a resurrected Polish state. In the realm of imagination, at least, Polish aviation could serve as a vehicle of independence and national self-respect.

Lecture is a part of the lecture series "Opening the World of Art".