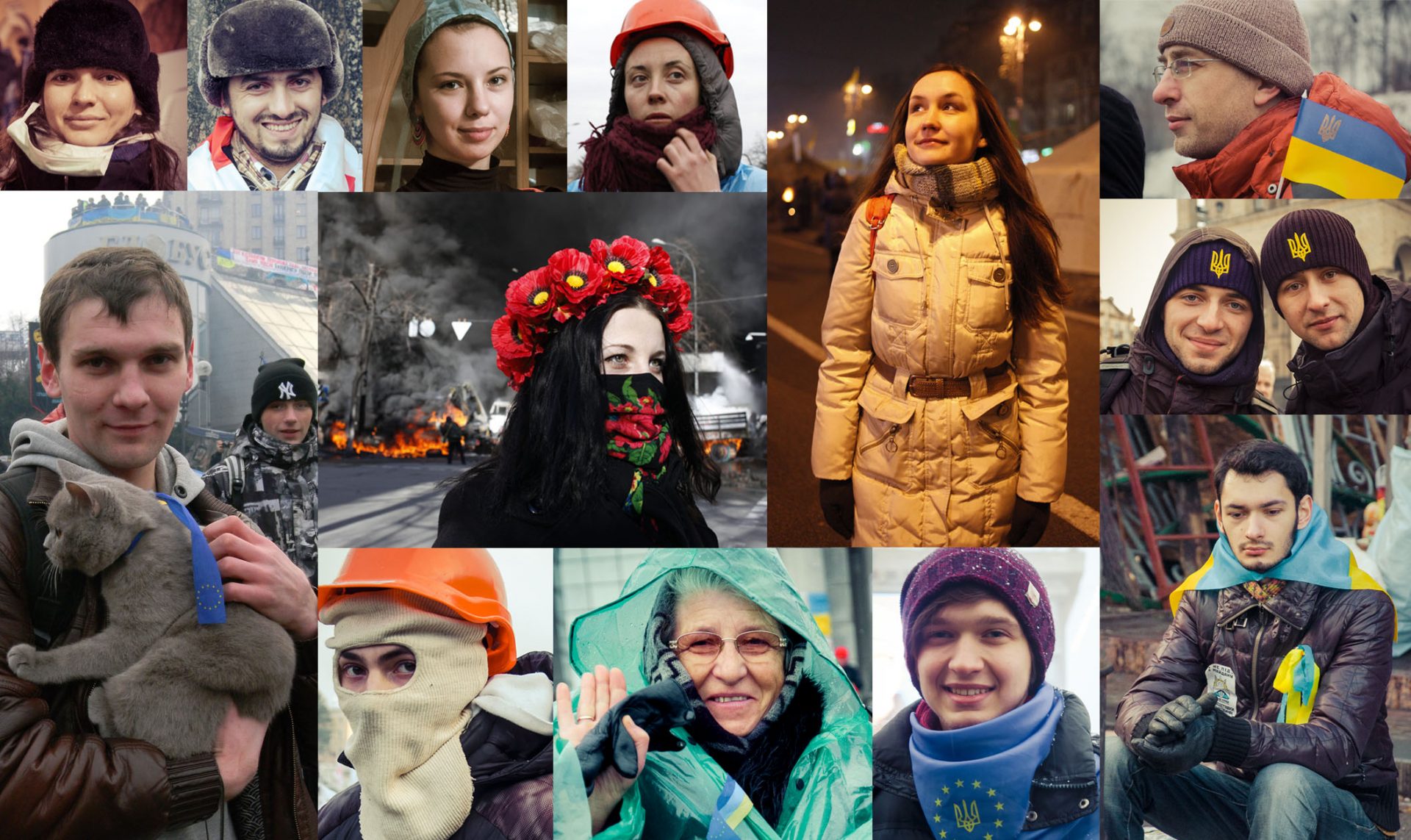 Voices of Resistance and Hope

When starting this project, we wanted to hear and preserve for further understanding the voices of participants and activists of the Ukrainian protests through their individual perspectives and experiences. Personal stories, emotions, and moods of the creators of the events, which tomorrow will become memories, will allow us to look at EuroMaidan from the micro perspective of the experience of the historical moment. To this end, we chose the method of in-depth interviews "here and now" with the participants and activists. The conversations were held on the maidans of Kyiv, Lviv, and Kharkiv in December 2013 and February 2014. As the protest also had considerable resonance abroad, several interviews were conducted with EuroMaidan participants in Poland (Warsaw, Lublin).

The protests, dubbed "EuroMaidan," and which took place during the winter of 2013-2014 in Kyiv and other cities of Ukraine, has become one of the most massive movements in the period of Ukrainian independence. The events, which united people of different social, ethnic, and regional backgrounds and range of views, will long be a "hot" topic for public and academic debate. Given that Ukraine is at the epicenter of dynamic and unpredictable developments, journalists, historians, sociologists, anthropologists, and cultural studies experts are working on documenting and studying EuroMaidan. The emotions and experiences of recent months have been represented in the works of artists – both professional and "folk" artists – and Ukrainian art historians are already starting the first initiatives to "museumify" the artifacts of the protest.

The sample survey "Voices of Resistance and Hope" is not representative, but we tried to convey the specific situation of each city protest and to conduct interviews with people of all ages and different genders, who represented various groups of protesters. The questions related to practices and forms of participation in EuroMaidan and similar events, motivations and emotional experiences, the importance of certain places, evaluation of slogans, opinions about European integration and European values, ​​and hopes for the future. Subsequently, because of the escalation of the social and political situation, a questionnaire was included in the second wave of the project. The methodology remained the same, but we added questions about possible changes in relation to the state and society under the influence of events on Maidan, about groups of protesters, heroes and antiheroes of Maidan and Ukraine and historical parallels. In Kyiv, we also used method of projective drawing, which allows us to analyze the symbolic and cognitive dimensions of the perception of spaces where the events unfolded.

Excerpts of interviews with EuroMaidan participants and activists in Ukraine (Kyiv, Lviv, Kharkiv) and Poland (Warsaw, Lublin) are available to the public on the Center’s Facebook page in the photo album "Голоси Євромайдану / The voices of Euromaidan" (the album is constantly updated). The collection of interviews "Voices of Resistance and Hope: Kyiv-Lviv-Kharkiv" will eventually be posted on the page of the "U Stories: Oral History and Urban Experiences." Access to the database will be available to scholars, cultural figures, artists, community activists, and the interested public. We hope that the collected material will stimulate a versatile analysis and understanding of the events that are currently changing Ukrainian society.

The "first wave" of the study was implemented by a group of researchers and volunteers in December 2013. The "second wave" was carried out in the first half of February 2014 and engaged history and theory of sociology students from the Ivan Franko National University of Lviv (led by Viktoria Sereda) and additional funding came from Maria Liewicka from Warsaw University, Project Manager "Odzyskiwanie pamięci: Tożsamościowa rola społecznej pamięci miejsca" (Grant Narodowego Centrum Nauki Nr 2011/03/B/HS6/03320).

If you would like to share your EuroMaidan story or your photos and videos from the events, please contact us via e-mail: [email protected] or call +38032-2751734.