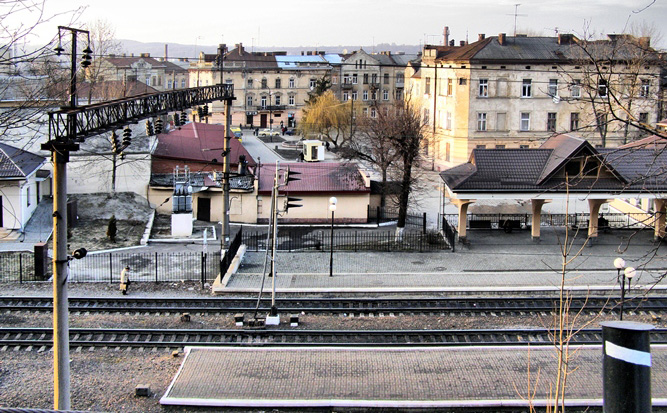 The Center for Urban History of East Central Europe together with the Center of European Studies (Lund, Sweden), and in cooperation with the museum "Territory of Terror" from February to December 2012 worked on the research project: "Searching for Home" in Postwar Lviv: The Experience of Pidzamche, 1944-1960."

The goal of this project was to illuminate one of the most important pages in the history of contemporary Lviv: the transformation of the city from Polish border town Lwόw and German-occupied Lemberg into Soviet Ukrainian Lviv. The traumatic and discordant experience of the city's transformation by the new Soviet power was presented through the history of various people who began their postwar life in the Lviv region of Pidzamche. The Center for Urban History prepared a thematic exhibition based on these materials entitled"Searching for Home" in Postwar Lviv: The Experience of Pidzamche".

Research was conducted under the program "Historical Workshop Europe," financed by theGerman Federal Fund "Memory, Responsibility, Future," and coordinated by the Institute of Applied History in Frankfurt-on-Oder and the European University Viadrina.

During the war years the population of Lviv changed radically — thousands of people left the city, thousands were murdered, and many also arrived to Lviv from other cities and regions. The consequences of German occupation policies were irrevocable, especially the "Final Solution of the Jewish Question." This meant the mass murder of Lviv's Jews, the population that before the war had been second-highest after the Poles. As in other countries of Europe "ethnic cleansing" continued even after the war – in the form of mass deportations and resettlement. The principle of the population's ethnic homogeneity was at the foundation of the construction of postwar national state. The Soviet Union implemented such policies in radical forms. As a result of "organizing" the western borderlands, hundreds of thousands of Poles, Ukrainians, Belarusians, Lithuanians, Latvians, and Estonians were deported. Trusted and experienced cadres from the "old" territories of the Soviet government's pre-1939 borders were supposed to ensure the proper "unification" and "Sovietization" of the new western territories.

Today, when the ideology of the history of Eastern-Western Europe in the context of the Cold War has transformed into a struggle for memory, almost all themes of the Ukrainian past have once again acquired a political "charge." The inclusion of Lviv and Galicia into Soviet Ukraine is one of these "hot" and provocative themes, which is viewed in various contradictory ways in Ukraine and beyond its borders. But Ukrainian citizens' search for their post-Soviet identity depends on answers to basic historical questions: What was the end of the Second World War for Lviv – occupation or liberation? The beginning of reconstruction, or the continuation of a decline begun with the war? And, on the level of everyday life, how did residents of postwar Lviv understand the fact they ended up in this city, and this city ended up in Soviet state?

In order to avoid the politicization of historical experience, as well as the understanding of changes only on the level of specific leaders, this research focuses on themes that united all "new" residents of postwar Lviv: habitation, domestication of the urban space. Indeed, regardless of how these events are remembered today, Lvivians of the time coped above all with concrete everyday questions: how to find housing, how to furnish it, how to turn housing into a home.

Of course, the political, ideological, and social realities of these years strongly shaped the creation of everyday life. "The Search for Home" took place on the background of various processes which even today are not fully understood: industrialization, "Sovietization," the loss of old and the creation of new political and social norms, new relations between people, new world views.

Nearly everyone had to start living in Lviv "from nothing." Strategies and practices of creation of collective or individual senses of "belonging" to Lviv were extremely varied. One person imagined himself a resident of "a virgin land" ripe for conquering; one attempted to identify with pre-war residents and their culture; one simply tried to keep living regardless of the city; one lived among ghosts of the past; one peered into the contours of the future city.

The Pidzamche region is particularly interesting for research. It is precisely here that the traumatic events of the Holocaust took place, which caused a huge break between old and new residents. Shortly thereafter, it was precisely here that authorities focused on building a model Soviet industrial region. The project focused on several groups of new postwar residents typical for Pidzamche: demobilized soldiers, factory workers resettled from villages, ethnic Ukrainians resettled from Poland.

The project hoped to "capture" the experience of postwar transformation of one of the regions of Lviv at the intersection of ideology and everyday life, the personal and the political, the old and the new, memory and forgetting. For this we used various methods and approaches, primarily "oral history" methodology. We interviewed people who moved to Lviv in the postwar years, from 1944-1960. We also found the stories of the Pidzamchany and the context in which they lived in archival materials. A separate part of the project was re-investigating the key narratives of Lviv's "Sovietization" on the basis of an analysis of guidebooks, film chronicles, and propagandistic brochures of the time. The project results were presented at public seminars, in scholarly articles, and in the form of an exhibition.