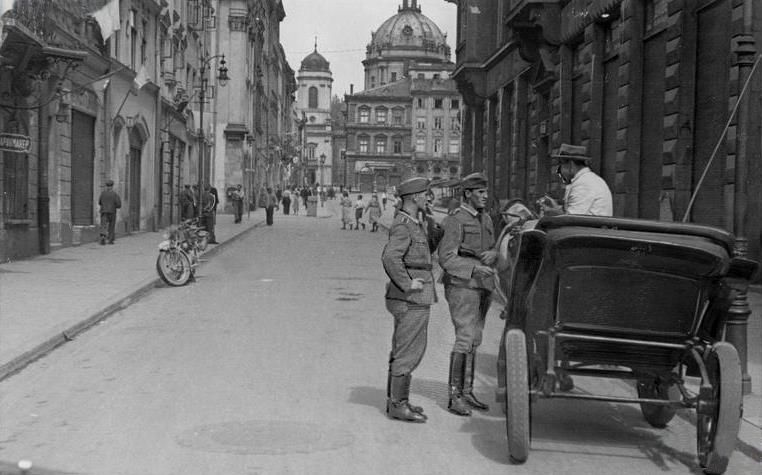 The Denizens of Lviv in World War II: the Specifics of Conduct Conditioned by War

The outbreak of war and the subsequent establishment of the Soviet and Nazi totalitarian regimes were accompanied by a significant change in the living conditions and social intercourse in the city and its vicinity. The subsequent transformation of the social hierarchy, conditions of the chronic humanitarian crisis, and the general threat to the continued existence of large sectors of the population which did not fit into the schematic of the "new order" or the "new progressive society," compelled city residents to employ a range of techniques and methods to ensure their survival and provide a semblance of routine to their daily lives. A range that was marked by its limitless innovation, but no less by its lack of correspondence to – and often its outright rejection of – social convention.

The inconstant realities of the war and of a life dictated by totalitarian regimes left city residents with little choice but to match their behaviours to their circumstances, resulting in a practical schism of the spheres of public and private life, a preponderance of loose-knit personal networks, and an expansion of illegal activity.

Citizen response to the challenges of war and their adaptation to novel modes of existence occasioned not merely the legitimization of previously marginalized groups and social processes, but also the emergence of utterly new forms of social phenomena and interplay.

The lecture was examined the peculiar markers of the legal and illegal aspects of public life in Lviv during the Second World War and conducted a comparative analysis of the survival tactics of varying ethnic and social demographics, with a focus on factors exerting a determinative influence on the populace and their choices of a public role under the new circumstances.