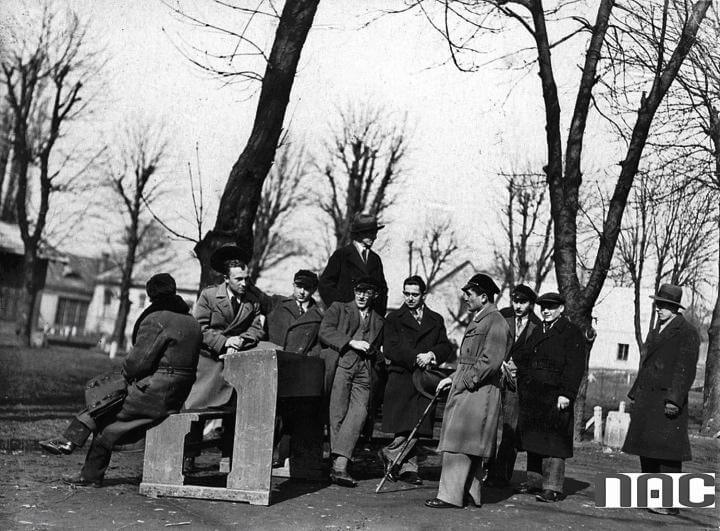 Relations Between Polish, Ukrainian and Jewish Students in the Jan Kazimierz University in Lviv in the Twenty Interwar Years

In 1918-1939, higher educational establishments of Lviv had students of different ethnicities and religions. They included Poles, Ukrainians, Jews, Germans, and Romanians. Sometimes, the representatives of these nationalities (mostly recruited from the nationalist environments) escalated conflicts among themselves.

In 1921 and on, Ukrainian young people started developing a structure for their own higher school while actively boycotting the Jan Kazimierz University. They also boycotted those who enrolled in the Polish university. When in 1925 the Ukrainian Underground University was liquidated, young people who used to study therein started enrolling to the Polish university. The earlier boycotted students and the newly enrolled ones sometimes conflicted with each other. Polish and Ukrainian young people would clash increasingly often, too. Conflicts were even more escalated in the light of repressions Polish authorities applied because of the celebration of the successive anniversary of the 1918-1919 fights for Lviv, as well as due to debates on Transcarpathia case. Conflicts were also taking place among Polish and Jewish young people, while instigated by corporate milieus or the groups connected with the nationalist All-Polish Youth, and Academic reading room popular among students. In the 1930s, the nationalistic camp was trying to convince the authorities of the Jan Kazimierz University to eliminate Jewish students and kept escalating propaganda in the numerous nullus case (discrimination of young Jewish people). It might be assumed that attitudes of professors in academia played an important role to shape relations among students. Some professors had a liking for Ukrainian and Jewish students, while others were passive in their attitudes. Some treated non-Polish young people in an unfriendly manner and supported demands of the nationalist oriented students such as in the numerus clausus (limitations for the number of University students).

Why did Ukrainian young people more favourably talk about the Lviv University of the Austrian times rather than about the Jan Kazimierz University? Why did Poles not allow the development of a Ukrainian higher educational establishment in Lviv? Why did some violent clashes take place in the Jan Kazimierz University to beat students of Jewish origin? Why had the perpetrators not been punished? These are the questions, among others, raised in the research.