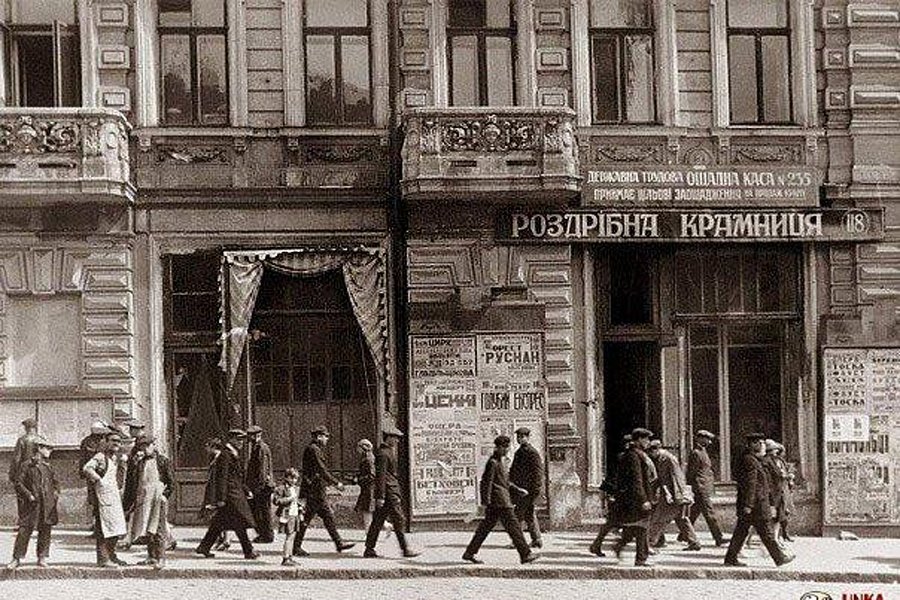 Trade, Tradersand Consumption in Kharkiv in the 1920s, from the General to the Particular

Studying the history of trade and consumption is an important part of studying early Soviet history. During this period, Soviet society was still being developed, the ‘newman’ was being shaped, old practices were changing and new ways of everyday lifestyles and business activities were coming into place. New trade and urban infrastructure was developing, as well as Soviet consumption culture was emerging.

Economic transformation processes taking place under the establishment of the Bolshevik rule, of state regulation of trade, including by state security services, as well as of supply and distribution were gradually shaping new rules of the game in the field of trade and daily consumption. For example, during this period the product shortage becomes commonplace and continues to be strongly established in the everyday practices of Soviet society.

The seminar presented one chapter of the monograph "Trade in Kharkiv During the NEP: the Economy and Everyday Life (1921 - 1929)". The chapter examined both general and specific features of trade and traders in the 1920s. The author seeks to answer the following questions: What was the job of a trader during the NEP? What entrepreneurial risks
accompanied the job? What was the role of state security organizations in the sphere? Was a shortage of goods a typical feature of trade in a capital city? What was the place of Ukraine's two largest cities Kharkiv and Kyiv in the stream of commerce?

The seminar was held in a workshop format. Researchers were invited to discuss research projects and studies underway at different stages, as well as completed
research projects to be published.

The seminar was not open to the general public. Historians, sociologists, cultural anthropologists and other humanities students were invited to share their research and experience, as well as take part in discussions of the projects presented at the seminar.