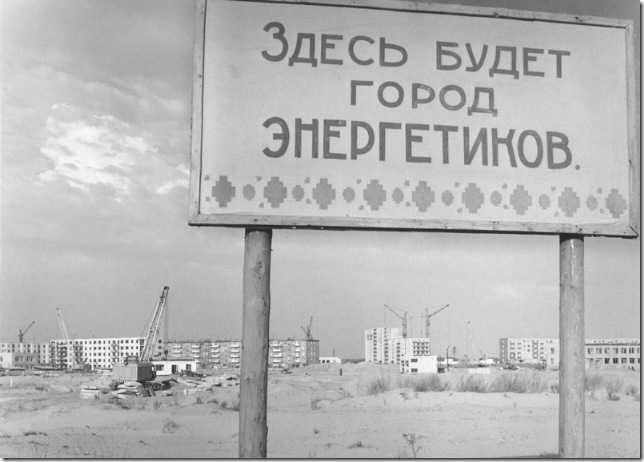 Atomograds of Ukraine: Before and After Chornobyl

The atomograd is a unique phenomenon in the history of Soviet urban planning, which has no analogue in the world. It is an autonomous satellite city of a nuclear power plant with a population of 25-50,000 people, including a large number of highly qualified specialists. Atomograds represent the Soviet microdistrict residential complexes, which had developed cultural conditions of life and typical Soviet panel buildings.

Ukraine has 6 atomograds: Energodar, Kuznetskovsk, Netishyn, Iuzhnoukrayinsk, Slavutych, and the infamous Pripyat. The accident at the Chornobyl nuclear power plant divided the life atomograds to before and after and radically changed the public opinion on issues of nuclear energy.

Currently the atomograd is being widely analyzed and evaluated, not only in Ukraine but also in the world. This is due to the growing interest in Soviet urban experiments, problems of typical mass housing, and in the urgent issues of energy efficiency and energy independence.

During the presentation, six atomograds in Ukraine were reviewed. In particular, the architectural planning features of the cities and the typical features of the traditional concept of atomograds of the 1970-80s were discussed. A detailed analysis of Slavutych in the context of the Perestroika era  presented a fundamentally new approach to understanding the city, which was formed as a result of understanding the Chornobyl disaster. To conclude the presentation, the prospects of solving the problems associated with atomograds in Ukraine were outlined.