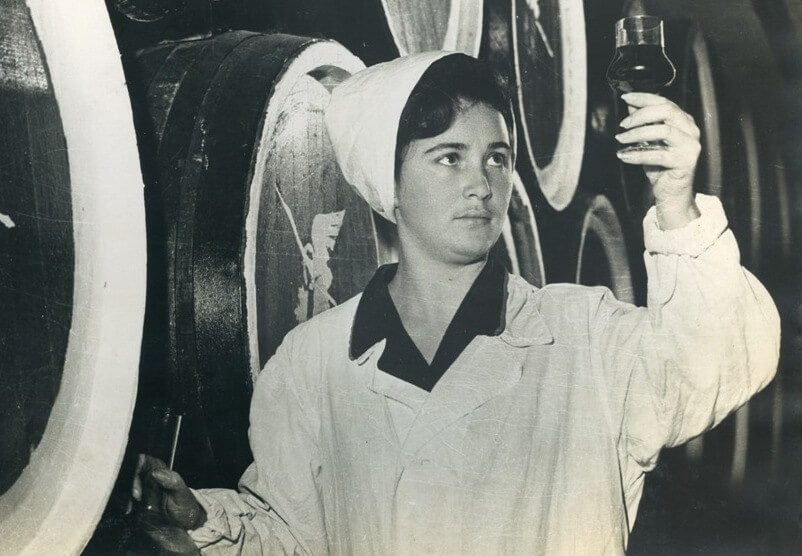 A new collection of photographs of the Ukrholovvyno Winery in Lviv dating back to the mid-1960s is now available on the webpage of the Urban Image Database.

The photographs included in the new collection come from a special photo album that was put together to present the factory’s life in the mid-1960s. The collection contains images of the factory premises, buildings, production facilities with conveyor belts, labs and equipment, as well as portraits of the factory staff, photos depicting performances of the factory’s creative team, product assortment, and flow process. The winery was set up in Lviv at the beginning of the postwar period as a base for bottling and selling wine imported primarily from Moldova. By the mid-1960s, it had grown into a large enterprise, which can be seen in the photos. The main production facilities were located in the Pidzamche district at 124 Bohdana Khmelnytskoho Street (today – 10a Volynska Street).

You can view the entire collection of the Ukrholovvyno Winery’s photos on the webpage of the Urban Image Database.

We would also like to remind you of the photographs published earlier from the album of the Lviv Forklift Plant documenting Lviv’s industrial development in the postwar period.