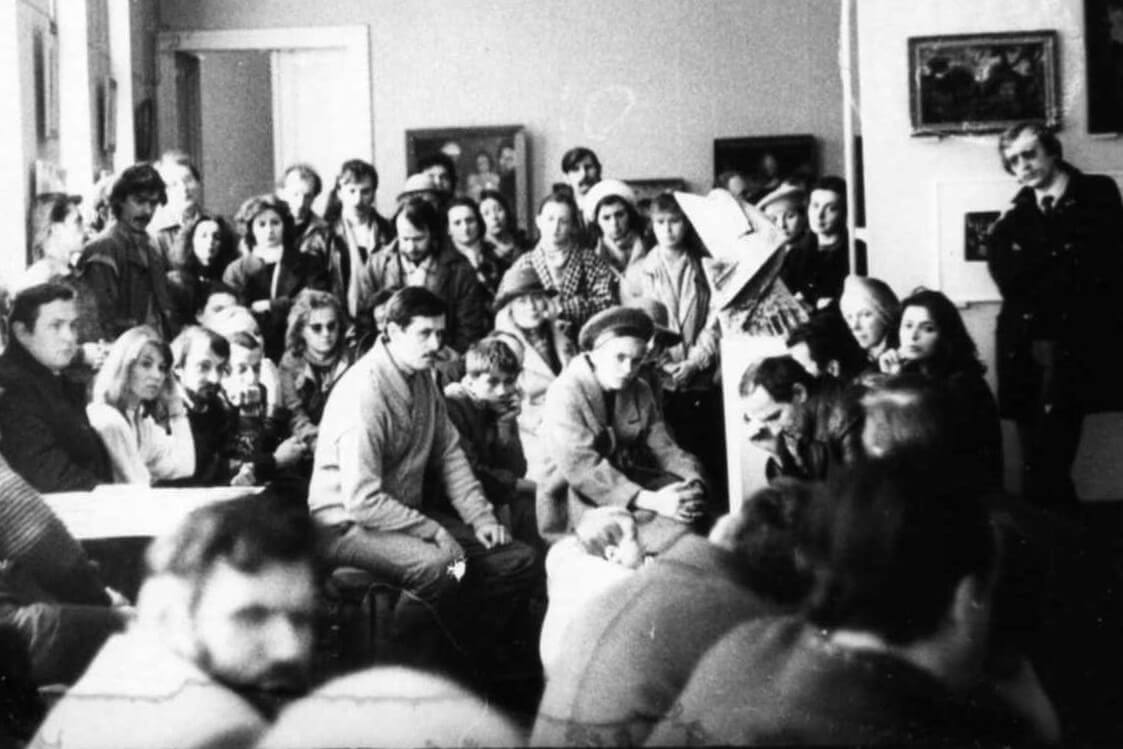 Another open-access collection ‘Creative Communities in Soviet and Post-Soviet Lviv’ has been added to the archival collections of U Stories.

In parallel to ‘official’ cultural sites – theaters, cinemas, creative activity centers, etc., Soviet Lviv featured a network of ‘unofficial’ cultural spaces – writers’ apartments, artists’ studios, cafes, and coffee places. The city’s close proximity to the border enabled its inhabitants to listen to semi-legal music and provided them with access to Western books, artist albums, radio programs, and TV shows. Such context gave rise to alternative communities of people who were in continuous search, who created and communicated. The processes initiated in the mid and late 1980s had a major impact on the city’s cultural life and artistic landscape during the next decade.

You are invited to have a look at a selection of conversations held with the representatives of Lviv’s artistic and literary communities in the 1970-1990s. The collection of interviews ‘Creative Communities in Soviet and Post-Soviet Lviv’ (recordings of the conversations and their transcripts) are available upon registration on the webpage of the U Stories project.