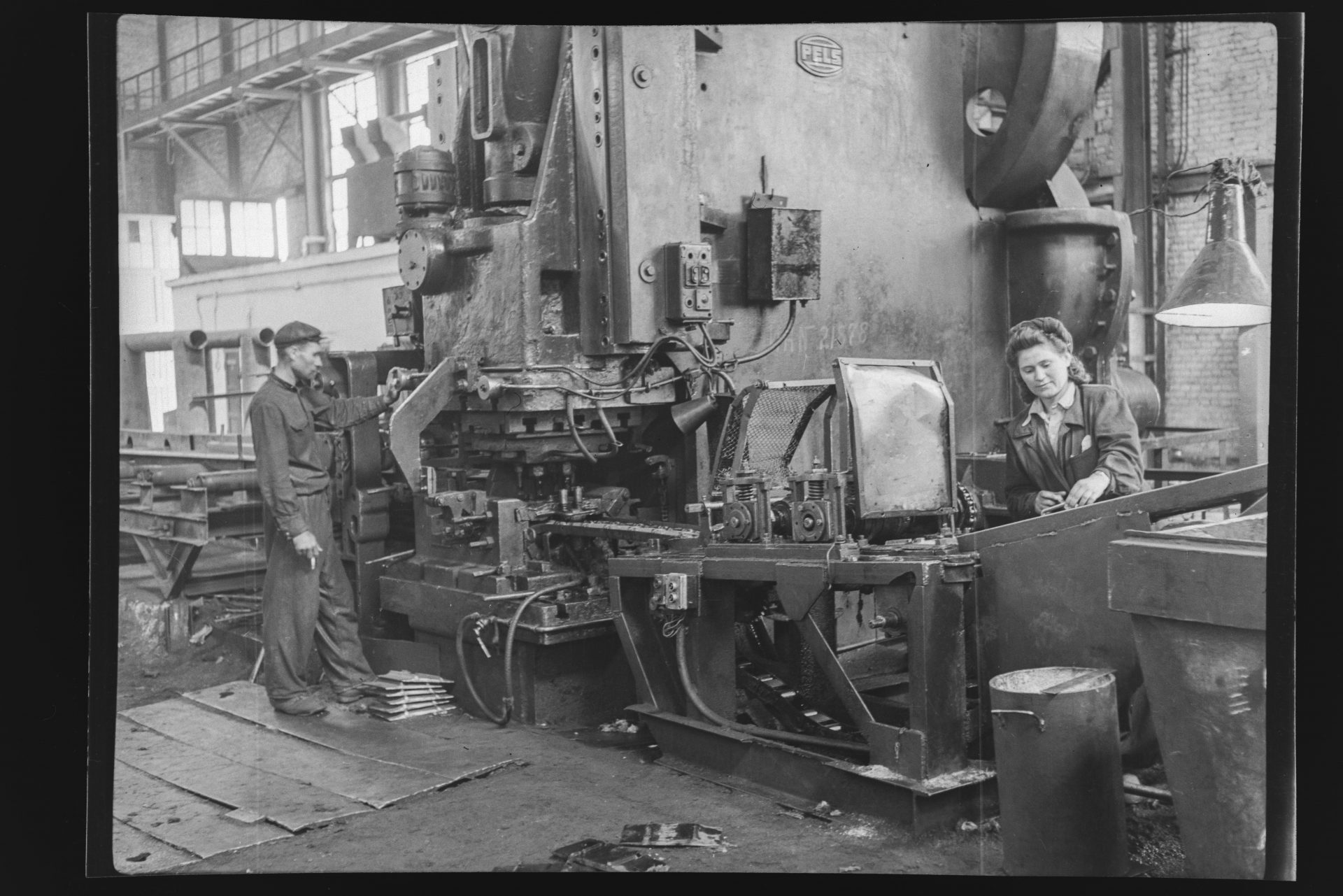 Collection of the Mariupol Museum of Local History

Within the "(Un)archiving of the (post)industry" project, the Urban Media Archive digitized 1,955 negative images from the Mariupol Museum of Local History. Now, you can see on the website how the open-hearth production facility was equipped, what protective outfits the workers used to wear, and how they spent their time after work.

The photographs were made by Pavlo Kashkel in 1949/60s. First, he was a metalworker at the dockyard and had photography as a hobby. Later, he started working as a photographer in a local newspaper office of "Pryazovia Worker." During the Second World War, he became a war photographer and returned to the newspaper office afterward. For the newspaper, he photographed workers at factories or at construction sites, events in palaces of culture, women engineers and women doing hard physical labor, or reading propaganda leaflets in libraries, their vacations in sanatoria, and meetings with propagandists, an internship of experts from India at the Soviet factory, etc.

The photographs make an attractive and idealized image of a workers’ life and are in line with the contemporary trend to heroize work and aesthetize industrial landscapes. We can see some propaganda materials at the factory premises, such as a yard of a plant had a monument to Lenin inside. However, some of them are taken with concern today, when we see workers dealing with Sulphur, with no protective means on, or the construction works in the freezing wintertime.

Photographs illustrating private life are few. But they have images of a wife of a steelmaker Shkuropat cooking meals; observing the solar eclipse on June 30, 1954; an art exhibition, recreational procedures in a photarium, a children’s holiday at “Azovstal”.

The collection does not illustrate all the aspects of an industrial city, as the photos had been made upon requests of newspaper offices or for the factory museum. They showed the reality as the ruling ideology deemed necessary, in line with socialism as a leading genre of art. Many frames must have been rejected by censorship and have not survived to our days. However, there are some images that reflect their time visually and ideologically.

We will be adding new materials to the collection. Please, stay tuned for the updates and learn more about the images of an industrial Mariupol.

Cover image: Reconstruction of the press machine in the rack gears production facility, 1955. Collection of the Mariupol Local History Museum // Urban Media Archive of the Center for Urban History