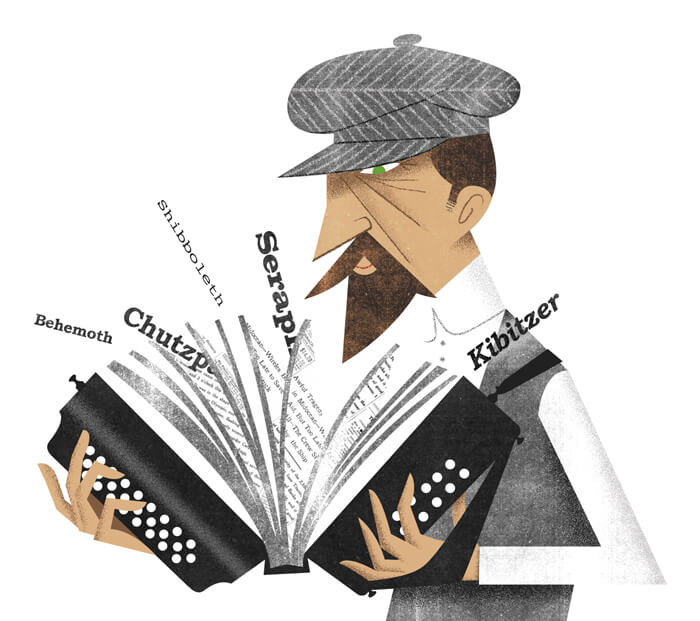 Days of Yiddish in Lviv

The festival "Days of Yiddish and Jewish Culture" was held in Lviv. As part of the festival, on Saturday, May 17, at the Center for Urban History Marta Kanda gave a lecture "Yiddish in Cinema: Tradition and Modernity," and after the lecture a black and white film in Yiddish (with subtitles) was shown.

On Sunday, May, 18, in the Center’s conference room Natalia Ryndiuk held a workshop "Jewish Greeting Cards and Traditions Associated with Them." After the workshop a lecturer at Wroclaw University, Joanna Lisek, gave a lecture on "Yiddish as a Key to the History of East Central Europe, the Language of the Hasidim and the Women’s Language."

All Lviv residents had an opportunity for four days to submerge into Yiddish culture: to take part in literary workshops, to listen to interesting lectures on Galician Jewish traditions, to discover the world of Jewish theater and film, and even learn a little bit of Yiddish – the language of the Jews of East Central Europe. The Festival’s program included lectures on Yiddish literature by Joanna Lisek (Wroclaw University), a workshop in theater by Anastasia Voytyuk where participants were able to create a theatrical sketch according to the plot of a classic Jewish play, lectures on Jewish theater and cinema, screenings of old and new Yiddish films, language workshops, and a concert by Odessa Klezmer Band. A special part of the festival was the screening of Uwe von Seltmann’s film "A Mentsh" about the last Yiddish speaker in Lviv, Boris Dorfman. The festival also included an exhibition about Galician Jewish actors on the American stage.

The detailed program of the festival can be found here (in Ukrainian).