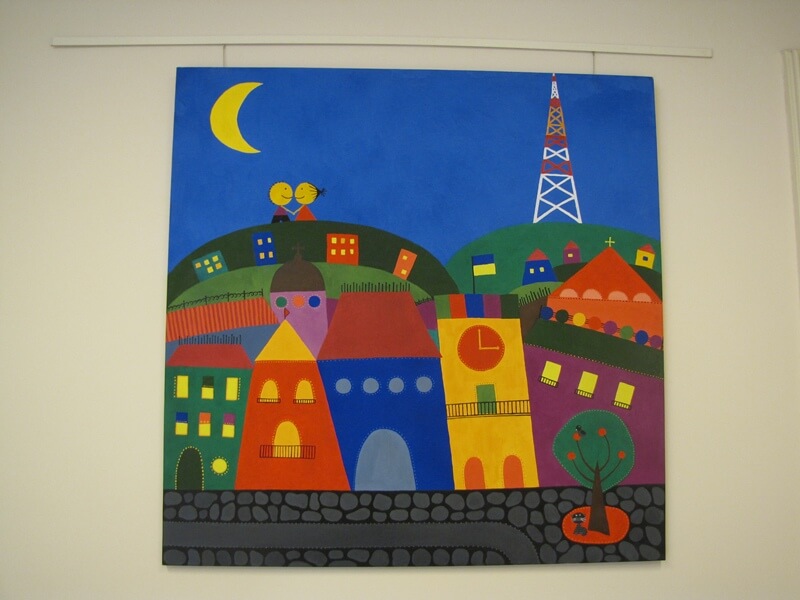 Competition for artists for the best innovative visions of Lviv

On May 5, 2008 the jury made the final selection of the projects that would particpate in the exhibtion. The jury awarded the most innovative approaches that went beyond the limits of the cliché of Lviv as a city with only historic fame. The works of art that were allowed to the final competition and exposition stood out for their new urban visions of the city.

Fifty participants participated in the competition, with works in various media (oil paint, graphic art, photo-collage, etc.) and styles. Among the participants were both well-known artists, as well as beginners. The works represented the artists' vision of their own city—Lviv. It is worth noting that memebers of the jury did not have information about the names of the artists (it was a blind jury), so we attempted to avoid stereotypes in evaluating the artists' works. Members of the jury learned the names of all participants only at the exhibition opening.

June 5, 2008, during the opening of the exhibition "My Lviv," an awards ceremony took place for winners of the artistic competition. All the winning works were presented at an auction organized by the Center for Urban History on the day of the official exhibition opening.

The program of the exhibition opening and awards ceremony included: an appearance of the musical group Komakha (Kyiv), enjoying coffee from "Svit kavy" and tea from "Stari mury." During the auction five works were sold.

The winner of the competition of young artists was Olga Khlopik ("On the rooftops"). Two special second-place prizes were awarded to Andrian Kharkhalis ("Contemporary Lviv-Contemporary Lion") and Iryna Panchyshyn ("Colored City"). At the auction two additional works were selected: Olga Khlopik ("And Again Lviv") and Iurko Morykvas ("New. Old. City.").