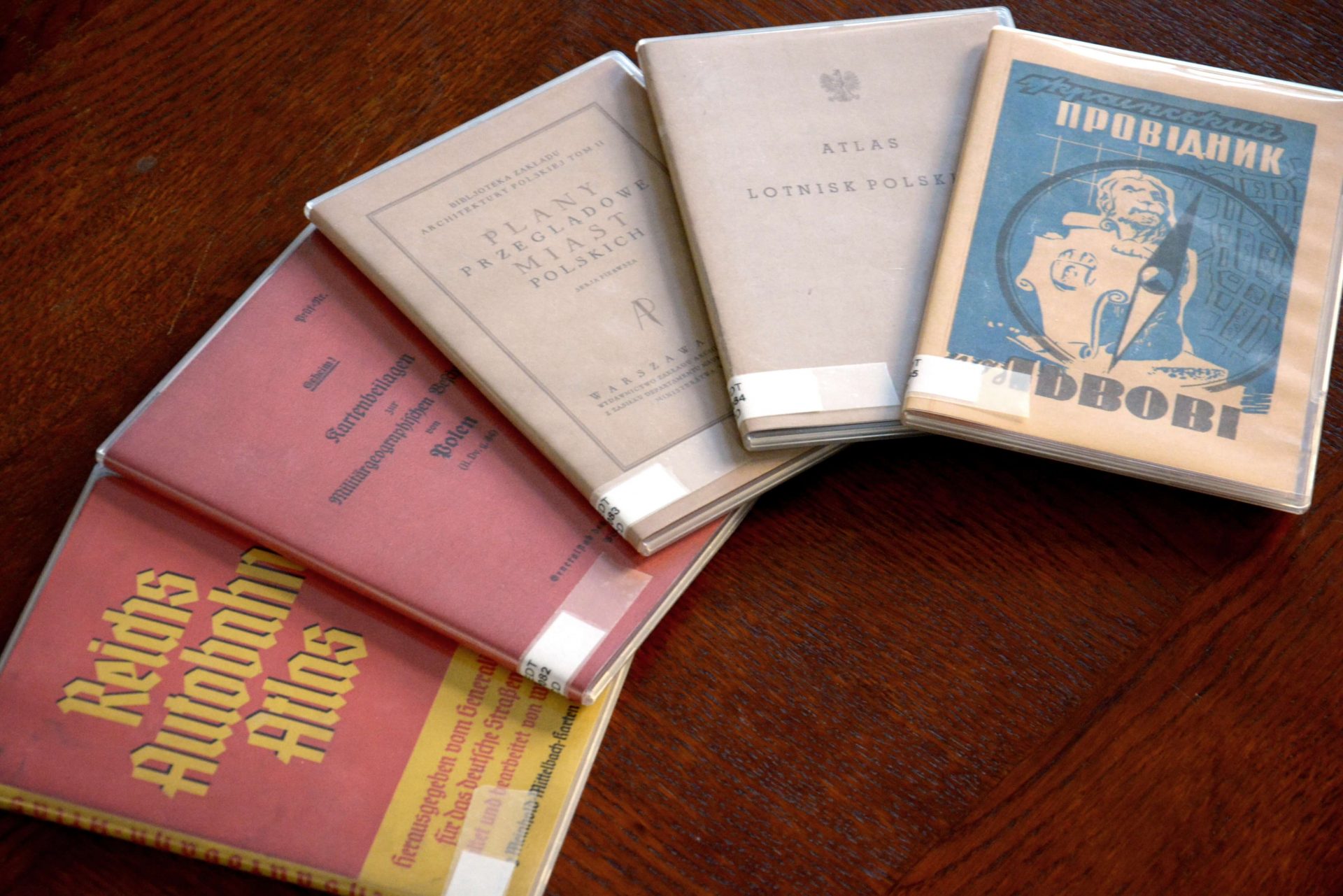 The Center's library collection recently got additions as  a gift from our good friend and partner, collector of cartographic materials, Richard Hubish. Mr. Richard Hubish lives in Krakow and for many years has collected, restored and researched old maps. Together with the Center for Urban History, a large portion of materials from his collections were made public as part of the project "Urban Maps Digital".

Additionally, copies of the most unique and interesting materials from his collections, Mr. Richard publishes on discs in digital format. Some of these discs he recently donated to our library during a visit to Lviv.

The publication "Ukrainian Guide to Lviv (with a map of Lviv)" (Lviv, 1939) contains an extensive list of addresses of Ukrainian institutions, publishing houses, museums, schools, shops and other establishments that operated at that time, and is upplemented with characteristic advertising illustrations and a map of the city.

Details of Poland's network of airports in the 1930s can be obtained from "Atlas lotnisk polskich" (Warsaw, 1933). The publication was made possible thanks to the initiative of the Ministry of Communication of the Republic of Poland in order to provide reliable information to all pilots for successful landing, and also for the development of air transport, air-sport and tourism. There are 28 airports presented in the atlas, which existed at that time; they each include a detailed map and technical descriptions.

The collection "Plany przegladowe miast Polskich"(Warsaw, 1929) - is the first volume of the planned series by the Polish Institute of Architecture which created a systemic "inventory" of cities in the 1920s.  The publication contains descriptions and schematic plans and is designed for use by a wide range of scientists, architects and urbanists.

Published in Berlin before World War II maps of Poland with military-geographic descriptions for the German military ("Kartenbeilagen zur Militärgeographischen Berschreibung von Polen") contain the designation of transport communications and important strategic facilities. Among them are the schemes of railway connections with all the stations, maps of industrial development, administrative divisions, as well as detailed plans of major cities.

"Reichs Autobahn Atlas" (Dresden, 1938) - a popular guide for drivers with maps of major German transport routes in the 1930s. In accordance with the format of an atlas, the whole highway system is divided into segments. Each page is a separate segment which has the distance between cities noted alongside. There is a separate map which includes all roads.

All the above materials were published in digital form on CDs; the originals come from Richard Hubish's collections.