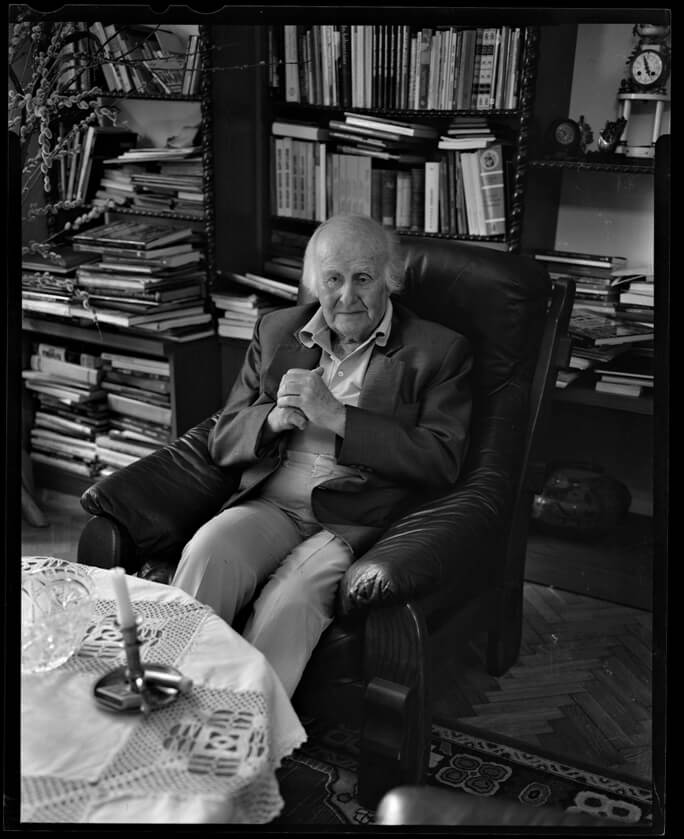 Surviving in Lwów: One Childhood Remembered

Jason Francisco's photo exhibition showed the childhood places of Leszek Allerhand's, who survived the Holocaust in Ukraine. In the summer of 2010, the American-Jewish photographer and professor Jason Francisco (born 1967) traveled to Zakopane, Poland, to meet Dr. Leszek Allerhand (born 1931), the grandson and only heir to the legacy of Dr. Maurycy Allerhand (1868-1942) – an eminent prewar professor of law at the Lwów University, and well-known public intellectual. Francisco wanted to learn about Leszek Allerhand's extraordinary story of survival during the Holocaust in Lwów.

Over the course of many hours, Allerhand described to Francisco his deportation in 1942 to the Lwów ghetto with his parents and grandparents, and his grandfather's murder. He described his escape from the ghetto with his parents, and the three years of hiding with and without his mother, which involved repeatedly changing hiding places and crisscrossing the city under constant threat of death. Francisco resolved to make a photo-work about Allerhand's story. He traveled to Lwów with a map marked with dozens of locations where Allerhand had hidden. At each site, Francisco made a single, contemplative photograph, using black and white film and a large-format camera.

"I tried to absorb these places with Leszek's stories in my mind and my heart," Francisco says. "At each site, I let the imagination of Leszek as a hunted Jewish urchin lead my seeing. I wanted to create images for the sake of a traumatic history – paradoxical images in which a sense of absence, hiddenness and irresolution is the equal of what is manifest, visible and clear. I wanted to create an encounter with the sites of Leszek's hiding in a way that would suggest how Jewish history, broadly speaking, remains hidden within the contemporary city of Lwów."

This exhibition presented a selection of Francisco's photographs, made in Lwów in 2010. The photos were accompanied by citations from Leszek Allerhand's book "Zapiski z tamtego świata"/"Notes from the other world" (Krakow, 2011). Translation of the quotes – Natalka Rymska, Pavlo Hrytsak.