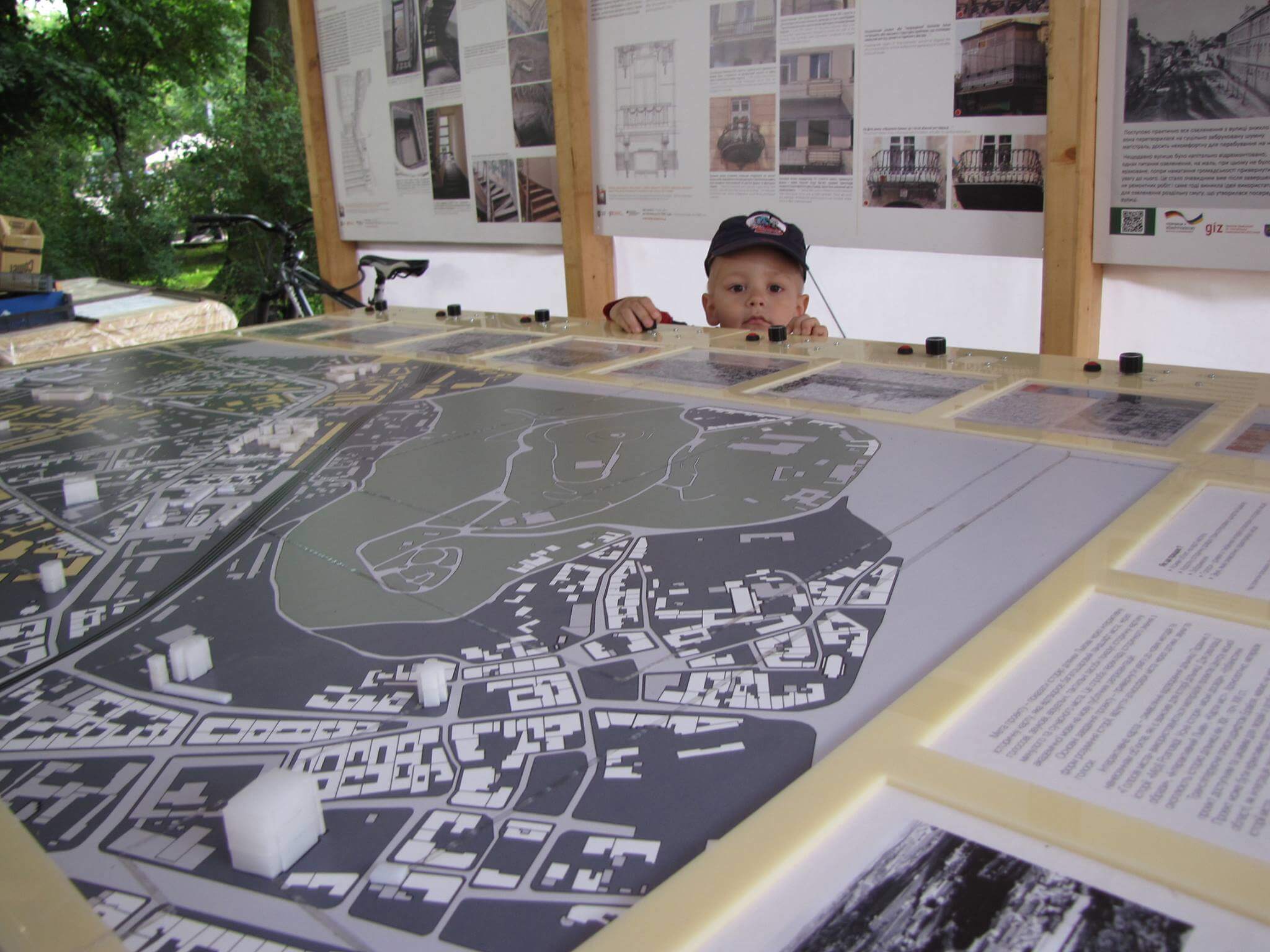 The educational project "Urban Voices" was presented at the Urban Workshop, a cultural and urban initiative implemented by the Ukrainian-German project "Municipal Development and Rehabilitation of the Old City of Lviv."

"Urban Voices" is an interactive historical map of the district of Pidzamche, an attempt to show to a wide audience the past and present of the urban district through a new and interesting format. An interactive map via voice, audio, visual, and tactile content conveys the multilayeredness of the district and city. It is also an attempt to translate historical knowledge in academic language into the language of public representations. In this way we want to draw attention to new methods and forms of the representation, reading, and understanding of history as well as the past of Pidzamche.

The interactive map "Urban Voices" is a symbolic reproduction of Pidzamche through a modern map representing 16 sites, which are historically significant for the district.

Each site on the map includes:

- A brief history (transliterated in Braille);
- Images;
- "Voices" – excerpts from in-depth interviews (associated with the history of the place);
- A sound that symbolically characterizes the place.

Material from the Center for Urban History’s digital projects "U Stories: Oral History and Urban Experiences", "Urban Image Database", "Lviv Interactive", and "Urban Maps" were used to implement "Urban Voices."   The project covers the history of the district from the end of the nineteenth century to the beginning of the twenty-first century.

Auditory content and descriptions in Braille are important and necessary steps for active communication with people with disabilities. This is the beginning of a much-needed expansion of educational programs in this critically important area. The map is also available and tailored to different age groups.

The interactive map was displayed in the Urban Workshop’s pavilion until June 30. Starting in early July, the project "Urban Voices" will continued by the Center for Urban History as part of the exhibition "The past in ‘Digital’: The City, History, and Digital Technology," available for viewing until October 2014.