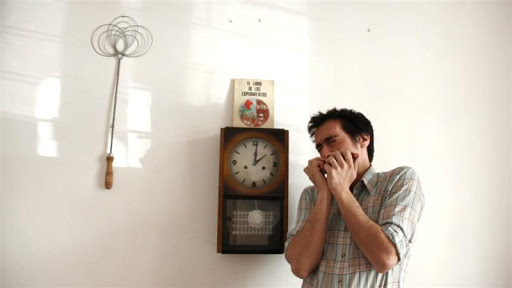 A two-hour show of the best of the WizArt Lviv International Festival of Visual Art, that took place in November of last year, was held at the Center for Urban History.
As a reminder, the festival offered 50 premieres of visual works by Ukrainian and foreign film directors. A survey of viewers' preferences was conducted at the festival. The 14 entries that received most of the viewers' votes were presented at this special show.

Among the directors whose works were be presented on Wednesday were Sean Conway from Great Britain, Miloš Tomic from Serbia, Boris Kazakov from Russia, Varvara Guljaeva from Estonia, and Patrick Ehor, Artem Kim and Ivan Shevchenko from Ukraine.

Information:
The International Festival of Visual Art took place in November of 2008 in Lviv, Ukraine for the first time. Having started with the premiere of 50 visual works (short films, video clips, video poetry and various experiments) of film directors from over 20 countries of the world, the festival aims to keep up with the development of innovative trends in cinematography.