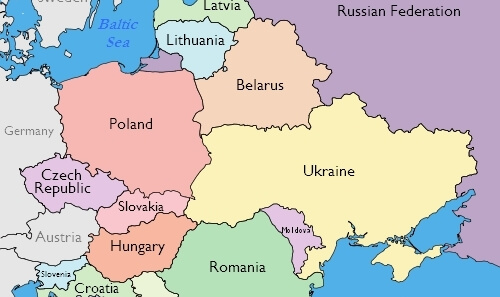 Where is Eastern Europe?

How was Eastern Europe born and what did it mean for its neighbours in the 19-20th century? How has its perception changed after the collapse of the Soviet Union? What is Eastern Europe today? The expansion of the European Union should have negated or at least simplify the outdated idea of East/West. However, 25 years after crash of the socialist block, the concept is still valid and widely debated by politicians, civil activists and researchers.

Professor Larry Wolff - Professor of History, Director of the Center for European and Mediterranean Studies from New York University will deliver a lecture "The Idea of Eastern Europe after the Cold War".

The lecture will be in English, with simultaneous interpreting provided. Entry is free.

The lecture is a part of an international conference "Where is the Border of the West?" that will be held on October 3-4, 2015.  The aim of the conference is to provide a platform for discussion between intellectuals - scientists, politicians, artists - from Western, Central and Eastern Europe. Participants will focus on such issues as images of "the West" in the East, "the East" in the West, the concept of the "border", and "ideologies of Eastness" and "orientalism" which construct the images of Central and Eastern Europe. The event is a result of collaboration between professor Zdzisław Krasnodębski, Member of the European Parliament and the New Direction - The Foundation for European Reform, Ivan Franko National University of Lviv, the Center for Urban History.

The conference is taking place within a framework of the II Festival of Res Publica Culture and is held under the honorary auspices of President of the Republic of Poland Andrzej Duda.

For more on the project, see: http://www.facebook.com/Krasnodebski

You can also follow the event via @TworcydlaRP account, using the #TheBorderOfTheWest hashtag or watching it live on http://polskawielkiprojekt.pl/transmisja-online/