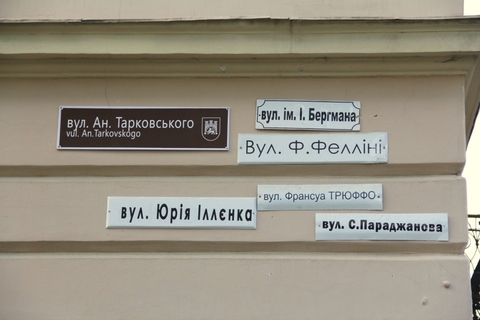 Street names always contained important practical and cultural significance. Through these meanings, they can be regarded as a barometer of cultural, social, and political changes of a certain age. Naming and renaming toponyms as a way to give space an ideological meaning was for centuries a way to legitimize political power and authority.

Looking at the history renaming Lviv’s streets and squares, one can trace the complexity and ambiguity of Lviv’s history, and its continuity. Indicative in this case is the city’s central artery – Svoboda Avenue, which was renamed with the advent of the new government.

The project Streets of Lviv is an online database that contains information about renaming the streets of Lviv, visualized on a map of the city. The project was implemented using Google Maps, which enables the user to zoom in and out of the map to view actual objects on the map, store and forward links to the current state of the page.

Understanding the history of renaming streets opens up great opportunities to understand the past. However, at this stage of the project more questions are being raised than answered. What languages ​​should the street names be displayed in? Ukrainianization or transliteration? How should Polish and German names be shown? How can streets which no longer exist be shown on the map?

We invite you to discuss these and other questions during the presentation of the Streets of Lviv project.