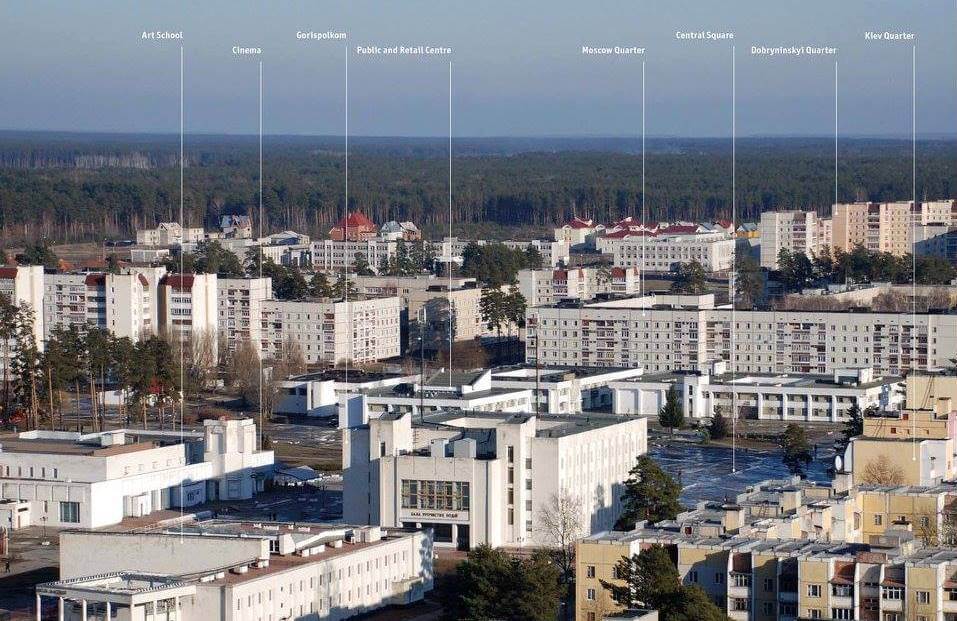 "Slavutych" architectural guide, published by DOM Publishers in Germany, will be presented at the Center for Urban History. The author, Yevheniya Hubkina, is an architect and researcher of architecture and modernist urban planning.

Slavutych, a Ukrainian provincial city north of Kyiv, seems in many aspects to belong to a different era. Built after the Chornobyl nuclear disaster in 1986 to replace the contaminated dwellings of workers from power plant, Slavutych is the last ideal planned city of the Soviet Union.

However, Slavutych is also highly topical – particularly in times of political crisis in Eastern Europe. Architects throughout the Soviet Union involved in its planning and construction. As a result, Slavutych’s postmodernist architecture is characterized by socialist, Soviet paradigms and regional influences from the Caucasus region, Baltic States and Russia. Furthermore, the search undertaken by the last generation of Soviet architects for an environmentally sustainable, habitable architecture is of course still relevant today.

To mark the thirtieth anniversary of the Chornobyl nuclear catastrophe, the Architectural Guide Slavutych documents numerous buildings and all of the city districts, thus providing a critical analysis of unique late Soviet architecture and urban planning in the context of Perestroika.

Dr. Philipp Meuser, architect, researcher, and leader of the Berlin based DOM Publishers, decided to publish a book about the last planned city of the USSR in 2013. In 2014 Ms. Gubinka’s article on Slavutych appeared in the "Kyiv Architectural Guide," which was authored by Peter Knoch and Heike Maria Johenning and published by DOM Publishers. After receiving much praise from their German audience, DOM Publishers decided to publish a separate book on Slavutych in three different languages: English, Ukrainian and Russian. The book was made possible thanks to DOM Publishing and the author’s close cooperation with the Slavutych City Council, the Slavutych History Museum, the Chornobyl Power Plant, many photographers and active members of the Slavutych community.