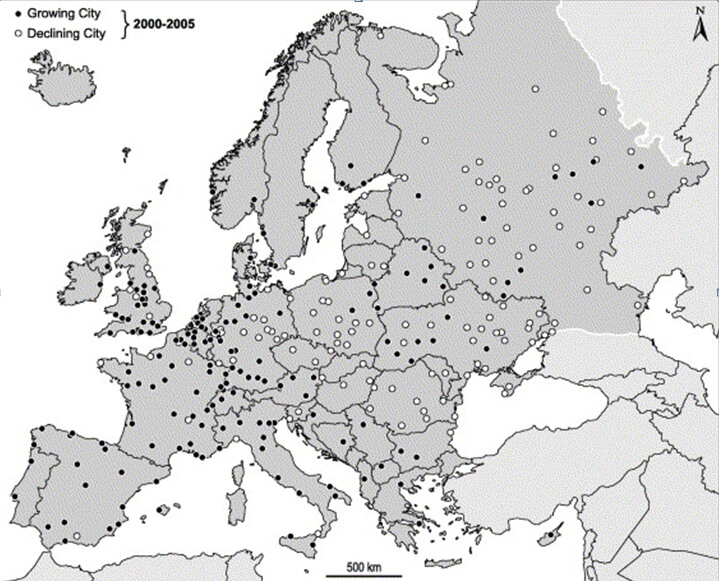 Urban shrinkage has become a new normality for a growing number of European cities and urban regions. It is a result of different but strongly interconnected processes: uneven economic development, demographic change, shifts in land use and urban form, as well as housing preferences and lifestyles. These factors will increasingly impact on urban and regional development in the future. Their effects are strengthened by processes of globalisation, European enlargement and integration and related processes of economic restructuring through the postsocialist transition in Eastern Europe. Shrinking urban regions develop their own patterns of development, and form distinctive dynamics that differs from those of their growing counterparts. Set against this background, the presentation aimed at explaining causes and consequences of shrinkage as well as comparing different local trajectories of shrinkage in Europe.

Urban shrinkage impacts on many fields of urban development such as the housing and job market, urban infrastructures, land-use or municipal budget. It is a challenge for urban policy and demands for specific forms of planning and action and, subsequently, new forms of local governance. Actors have to think about new strategies in order to cope with mismatches of supply and demand in terms of housing, infrastructures, land-use etc. Given this context, the paper analyzed aspects of the local governance of urban shrinkage, using empirical knowledge from seven case studies across Europe.