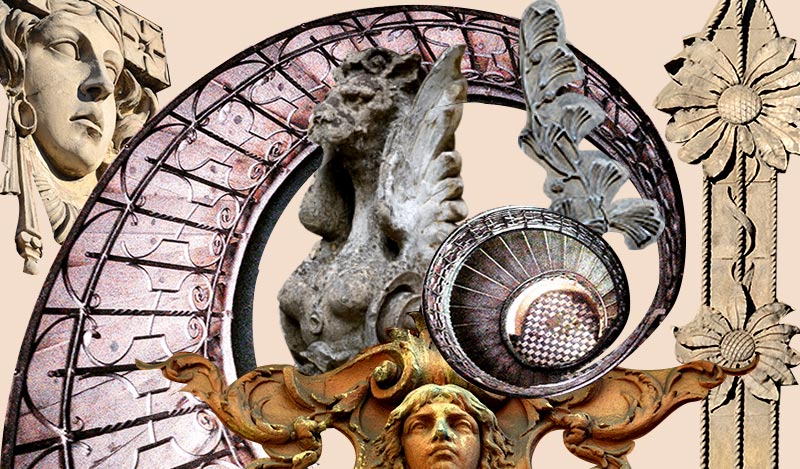 The book Secession in Lviv is an unusual album of architecture. It is the first serious attempt to present the artistic style of Secession in Lviv. Secession monuments owe their uniqueness to the prominent architects who were associated with the Lviv Polytechnic. Outstanding examples of this architecture are ornaments borrowed from the styles of the Zakopane and Hutsul regions. Art historian and specialist in the cultural legacy of the city Professor Jacek Purchla said the following about the project: "Lviv Secession is one of the most famous and best preserved and yet least known architectural styles in Central Europe from the early twentieth century. I believe that the Secession architecture of Lviv should be one of the most important elements of the history of Polish and Ukrainian and European architecture, which it is not yet."

The book presents 53 examples of Secession architecture, over 190 color photographs, and many original archival illustrations and plans. The authors of the text are researchers Żanna Komar (International Cultural Centre, Krakow) and Julia Bohdanova (Lviv Polytechnic Institute of Architecture). Most of the modern photographs were taken by Ukrainian photographer Serhiy Tarsov. This publication also uses photographs by Kateryna Loza (lwow.info), Oleksandr Novytsky, and Jacek Tokarski. The design of the book was made by Emilia Bojanczyk (podpunkt.pl).

Professor Jacek Purchla: "The book is a popular art history book, and I think this is very important. Such a work has a chance to reach a wider audience on both sides of the border. The book can not only promote Lviv Secession as a phenomenon but also contribute to the protection of many valuable objects from destruction and the free "market economy."

The book is published in cooperation with Jan Nowak-Jeziorański Eastern Europe Collegium in Wroclaw with support from the Ministry of Culture and National Heritage of the Republic of Poland.

Julia Bogdanova participated in the presentation of the book. The moderator was Ihor Zhuk, Candidate of Art Studies.