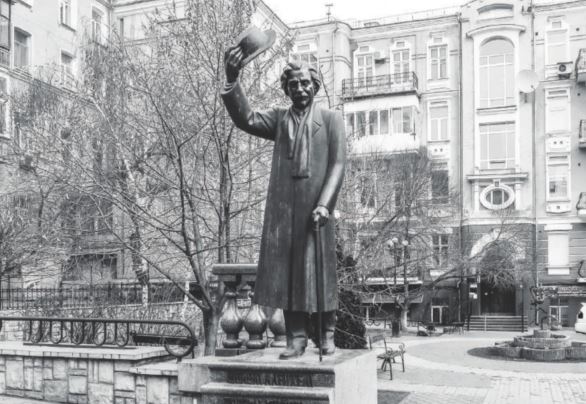 The Remembered and Forgotten Jewish World: Heritage Tourism in Europe and the United States

The presentation of the book "The Remembered and Forgotten Jewish World: Heritage Tourism in Europe and the United States" (Rutgers University Press, 2018) will bring together Daniel Walkowitz, a historian and the author of the book, Marla Raucher Osborn and Jay Osborn, co-founders of the Rohatyn Jewish Heritage. Together they will discuss the meanings and implications of contemporary heritage tourism, bringing in perspectives of research, family history, and activism.

Daniel Walkowitz, as a radical student activist in the late 1950s and 1960s, imagined himself walking in the footsteps of his Paterson, NJ, grandparents who fought to improve the living and working conditions in the textile mills in Lodz, Poland, and Paterson. In The Remembered and Forgotten Jewish World, he investigates the politics of heritage tourism and collective memory to see and hear what of these roots appear in walking tours, Jewish museums, and memorial sites.  In an account that is part travelogue, part social history, and part family saga, the author visits key Jewish museums and heritage sites from Berlin to Belgrade, from Krakow to Kiev, and from Warsaw to New York.

His analysis resonates with the views expressed by scholars at a 1999 conference celebrating the 26th anniversary of the publication of Irving Howe’s prize-winning opus, World of Our Fathers. They observed that the world of Yiddishkeit he chronicled has largely been displaced in heritage tourism by a Holocaust narrative. Touring heritage sites in the years after 2011 confirmed the continuing dominance of such a narrative that focused on sites of the Shoah and remnants of synagogues and cemeteries. The prewar life of the Jewish community, when discussed at all, highlighted the achievements of great men – rabbis, scholars, and philanthropists (and their wives); everyday quotidian experiences of the poor, the working class, shopkeepers and of their wives and children received little attention. Therefore, he conceptualizes how New Jewish History can offer the potential of a new paradigm for Jewish Heritage tourism, even as the Holocaust narrative remained dominant.

The presentation will begin with introduction talk by Daniel Walkowitz and continue as a conversation with practitioners and researchers working in Lviv: Marla Raucher Osborn and Jay Osborn, who are former California professionals in law and engineering, now living in Lviv and working in the Rohatyn Jewish Heritage NGO and initiative. Moderated by historian Sofia Dyak, this discussion will become an opportunity to explore the possibilities, challenges, disappointments, and surprises that frame the robust and changing terrain of Jewish Heritage and heritage tourism today.