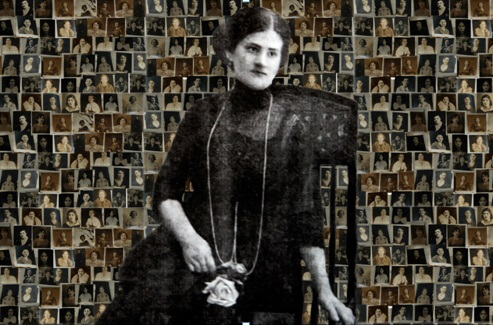 Raquel's story is from another time, but resonates today. A mother, she was torn from her children and tricked into prostitution. In the early 20th century, thousands of Eastern European Jewish women were lured to Argentina and forced into prostitution. Others gave up. Not Raquel. Bravely, she exposed her oppressors.

Raquel: a marked woman is a window on to a shameful and largely unknown episode in the history of the Americas. More than 3,000 Jewish women were lured from Europe to the New World from the late 19th century through the 1930s, only to be devoured in Argentinean prostitution rings run by Jewish criminals.

The film details the quest of one of those women — Raquel Liberman — who was torn from her children and tricked into prostitution. Her journey — from wife and mother to exploited woman to defiantly free woman — would be exceptional under any circumstances, but is even more so given the times and place where she lived.

Sexual slavery is still a scourge in our society. This historical story is relevant today, showing how the actions of one person can make a difference.

The discussion with the film director was led by Dr. Vasyl Rasevych, historian and senior researcher at the Ivan Krypyakevych Institute of Ukrainian Studies. Vasyl Rasevych, a specialist in the history of Austrian Galicia, researched the topic of trafficking of women in Galicia and prepared a separate block on this topic for the Center’s exhibition "Eros and Sexuality: A Century of Violence, Control, and Freedom."