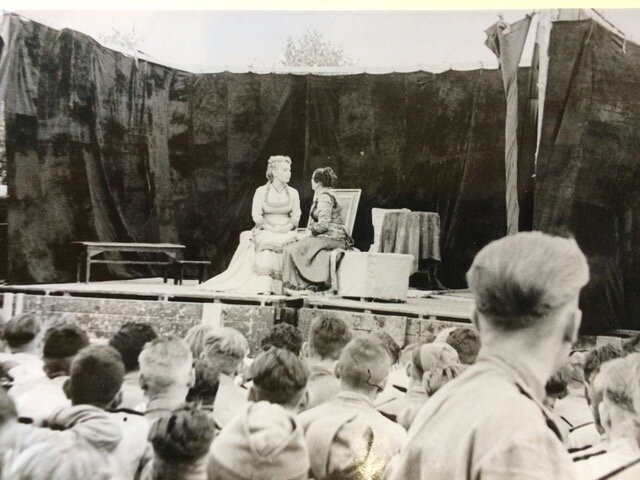 Berezil – PrikVO – Lesia Theater: How to Assemble the 20th-century History?

We invite you to the talk with Dr. Mayhill Fowler, Associate Professor at Stetson University and Fulbright Scholar in Ukraine, and Dr. Sofia Dyak, Director of the Center for Urban History. The event will be taking place online.

The Berezil theater is in the core of stories about modern Ukrainian theater and culture.
Lesia Theater is an illustration of how crucial changes can be made possible in theater institutions.
PrikVO Theater is a by far the forgotten history and is hardly perceived as part of the story of a culture in Ukraine.

In the talk, we shall touch upon what unites these theaters and how to write about the history and culture of the 20th century; how can it help understand and create the present-day culture.

The online-event will be based on the talk we've recorded in May.

The May conversation focused on Dr. Fowler’s book project War Stories: Theater on the Frontlines of Socialism, on PrikVO, the Theater of the Carpathian Military district in Soviet Ukraine, which was one of the seven official, professional military theaters across the Soviet Union. We discussed how the story of PrikVO challenges us to rethink the history of theater in Lviv, in Ukraine, and in Eastern Europe more broadly. We focused on the theater itself, its rise, its heyday, its demise, its post-Soviet transformation and its (often invisible) legacies today. Central to this story is war, and theater’s ability--and inability--to tell a true war story. More broadly, how is a true war story ever possible? Throughout the conversation we returned to the themes of the stories we tell, why we tell them, and why our stories matter for how we understand ourselves and the place in which we live. Ultimately, PrikVO is a Lviv story, a story of this city and the people who called it home for their lives and careers.