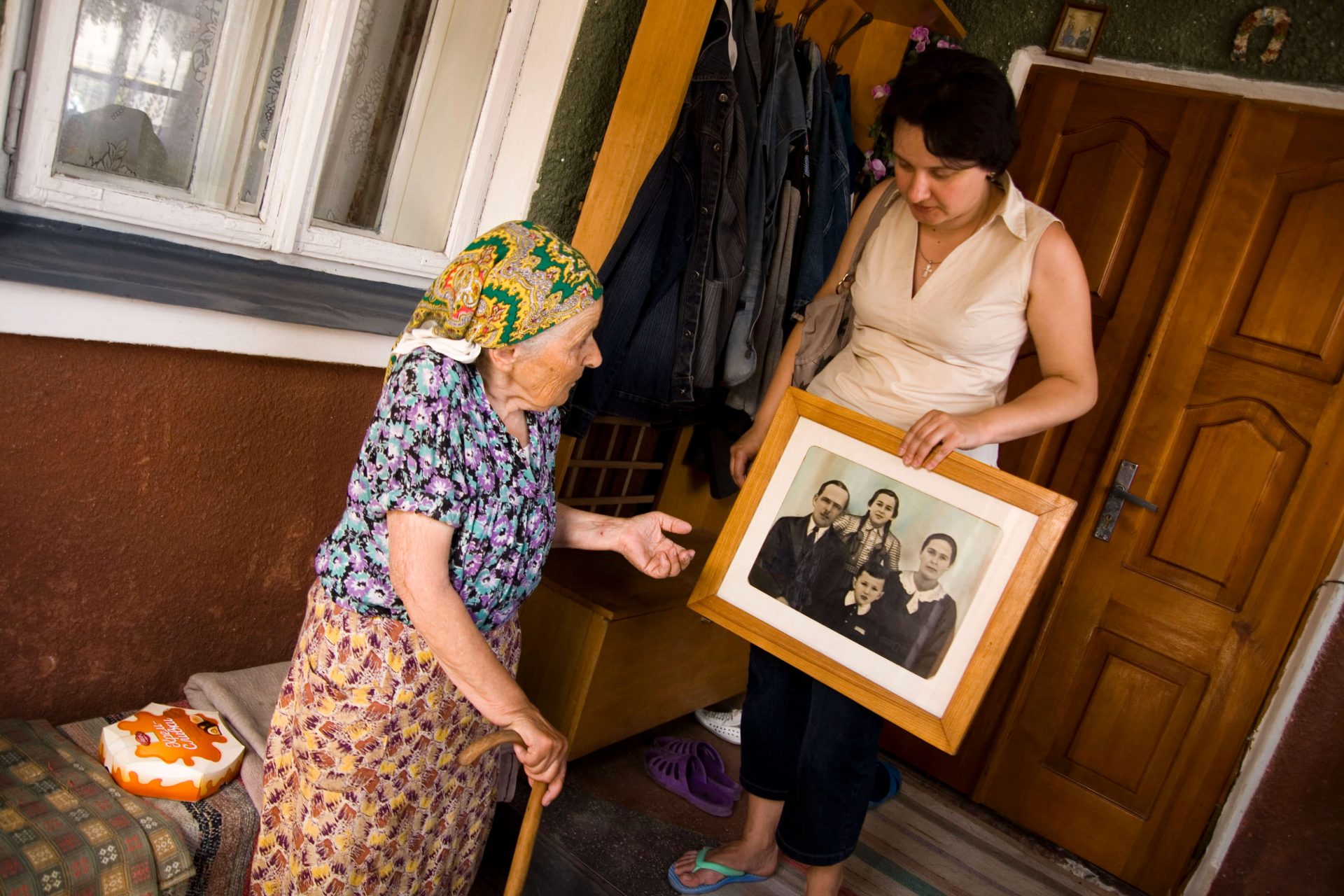 Center hosted a presentation followed by a screening of the documentary "The Krasne-Busk Railway Station: Tales of Displaced Women." The presentation led by the project’s producer Alina Doboshevska and the director of the film, Malgorzati Holichevska.

The history of the resettlements which marked the end of the Second World War and the post-war years was – and remains so – bound by interpretations reflecting political expedience. In the resulting noise the voices of the displaced are nearly inaudible. With the men away to war, resettlement affected primarily the lives of women and children, and the heroic survival efforts of these women during and following the war are largely forgotten. The trauma they endured – displacement, hunger, and rape – as they endeavored daily to go about life and fashion a new society is a story that has been too long untold.

This presentation and film-screen did just that: attempt to recount the history of these displaced women. The film is compiled from dozens of hours of audio-visual material on the villages of Krasne and Busk uncovered by an international team of women from Poland, Germany, and Ukraine. The villages of Busk and Krasne are located 40 kilometers southeast of Lviv, and were populated by ethnic Ukrainians in the majority with significant representations of Polish, Jewish, and German residents. During the war some of the Polish population was deported to Siberia while others were subjected to Polish resettlement in 1945. Their vacated homes were then occupied by Ukrainians and others undergoing resettlement from eastern Poland. Jews were liquidated by the Nazi regime, and the German population fled or were killed at the close of hostilities. The railway depot at Krasne was the principal departure and arrival point for the area’s displaced Poles, Ukrainians, Jews, and Germans.

Between July 2-15, 2012, a joint Ukrainian-Polish-German group traveled to the western Ukrainian towns of Krasne and Busk to research the post-war history of forced relocation in the area. This was a continuation of an earlier project – "Memory and Forgetting" (2010)– during which participants met with a large group of former residents of the Krasne and Busk region who had been deported to Siberia following the war and then moved to western Poland to the former German town of Hausdorff, renamed Yugov, in Lower Silesia. Researchers of the new project sought to visit the locations which those interviewed had left behind, and uncover there what memory of these events is kept alive among the current residents of Busk and Krasne. The bulk of the research gleaned was in the form of oral histories, filmed interviews taken with elderly women who reside in the towns. The group worked to document both the memories of those who had been born in the region of Krasne-Busk, and those who had been resettled in the area. What had life been like for Ukrainians residents living here under soviet rule?

This project is organized jointly by the Good Will Foundation in cooperation with The Women’s Foundation of Krakow, Poland; the International School for Equal Opportunity of Kyiv, Ukraine; and the Jugendwerk AWO der Württemberg of Stuttgart, Germany, in connection with MONAliesA eB of Leipzig, Germany. Funding for the project was provided through the Geschichtswerkstatt Europa Program and administered by the Memory, Responsibility, Future Foundation.

Сover Image: Still from the "The Krasne-Busk Railway Station: Tales of Displaced Women."