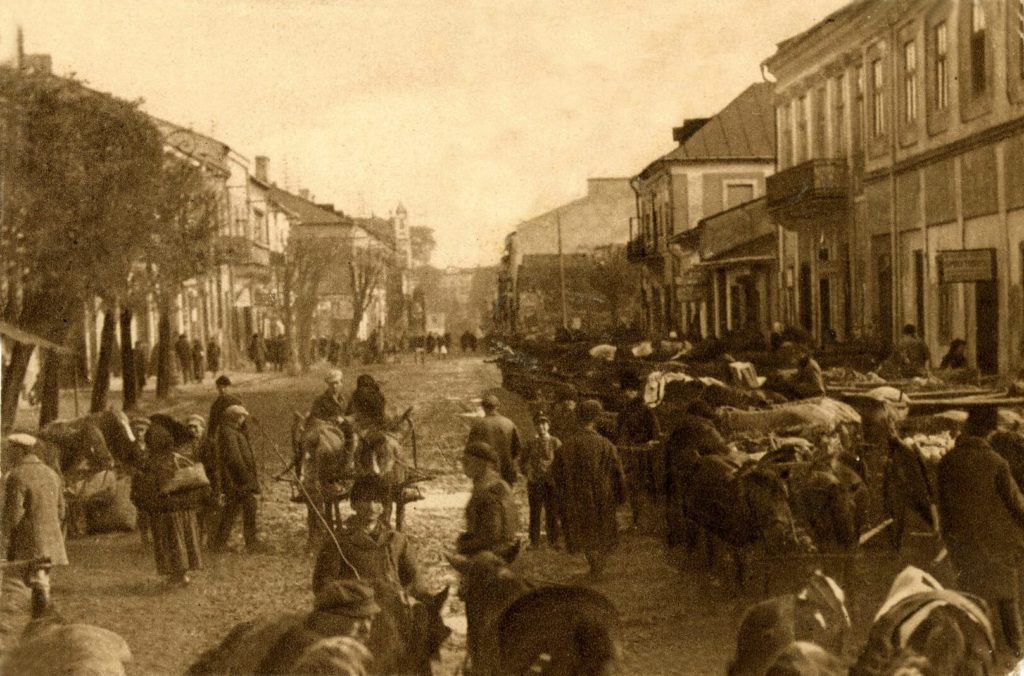 The books on Brody and other towns on the former Austro-Russian border were presented by Boerries Kuzmany. Historian Vasyl Rasevych was the main discussant. Also present at the meeting was Mag. Wolf Dietrich Heim, Ambassador Extraordinary and Plenipotentiary of the Republic of Austria to Ukraine.

The two books presented arose from a research project on border towns at the imperial peripheries of the Russian and Austrian Empires at the University of Vienna. The first is the collective monograph by Paulus Andelsgruber, Laurie Cohen, and Boerries Kuzmany: Getrennt und doch verbunden. Grenzstaedte zwischen Oesterreich und Russland 1772-1918 [Separated Yet Linked. Border Towns Between Austria and Russia. 1772-1918] (Vienna, Boehlau 2011). The second book is based on the presenter’s PhD thesis Boerries Kuzmany: Brody. Eine galizische Grenzstadt im langen 19. Jahrhundert [Brody. A Galician Border Town in the Long 19th Century] (Vienna, Boehlau 2011).

Separated Yet Linked
This study on towns at the borders of the Habsburg Empire and the Polish-Lithuanian Commonwealth (or Tsarist Russia from 1793/1795 onwards) is the first of its kind to examine both sides of the border. On the Austro-Galician side these towns include Brody, Pidvolochysk and Husyatyn; on the Volhynian-Podolian side – Radyvyliv, Volochysk and Husyatyn (obl. Khmel.).The authors investigate the entire time span of this specific border, starting with the First Partition of Poland in 1772 and ending with the conclusion of the First World War in 1918. Taking a micro-historical approach, the authors show the continuities and changes on the level of a small-scale border region, which were however directly influenced by "big" politics.

Brody. A Galician Border Town
This book embraces the whole timespan of Austria’s almost 150 years-long domination of Galicia, excluding the First World War. During the 18th and the early 19th century Brody was a major commercial hub in Central and Eastern Europe. Only in the last decades of the 19th century the city transformed from a centre of international trade and cultural importance into a peripheral town at the Galician-Russian border.

Several features distinguished Brody from other Galician towns. No other Austro-Hungarian town was so predominantly Jewish, with Roman Catholic Poles and Greek Catholic Ukrainians never accounting for more than a third of the total population. Moreover Brody played an important role in Jewish scholarship. Special to Brody was also the strong commitment of the city and its environs to Russophile currents.

The dichotomy between the extraordinary Brody and the typical Galician Brody influenced the conscious or unconscious perception of the town in travel reports, literature and mental images. Today there are different ways of remembering the Habsburg Brody. They mostly but not exclusively run along ethnic lines and omit the non-national. Besides partly overlapping Ukrainian, Polish, Jewish, Austrian and Soviet lieux de mémoire we also find places where we can trace the town’s former economic, administrative or cultural functions in present-day Brody.