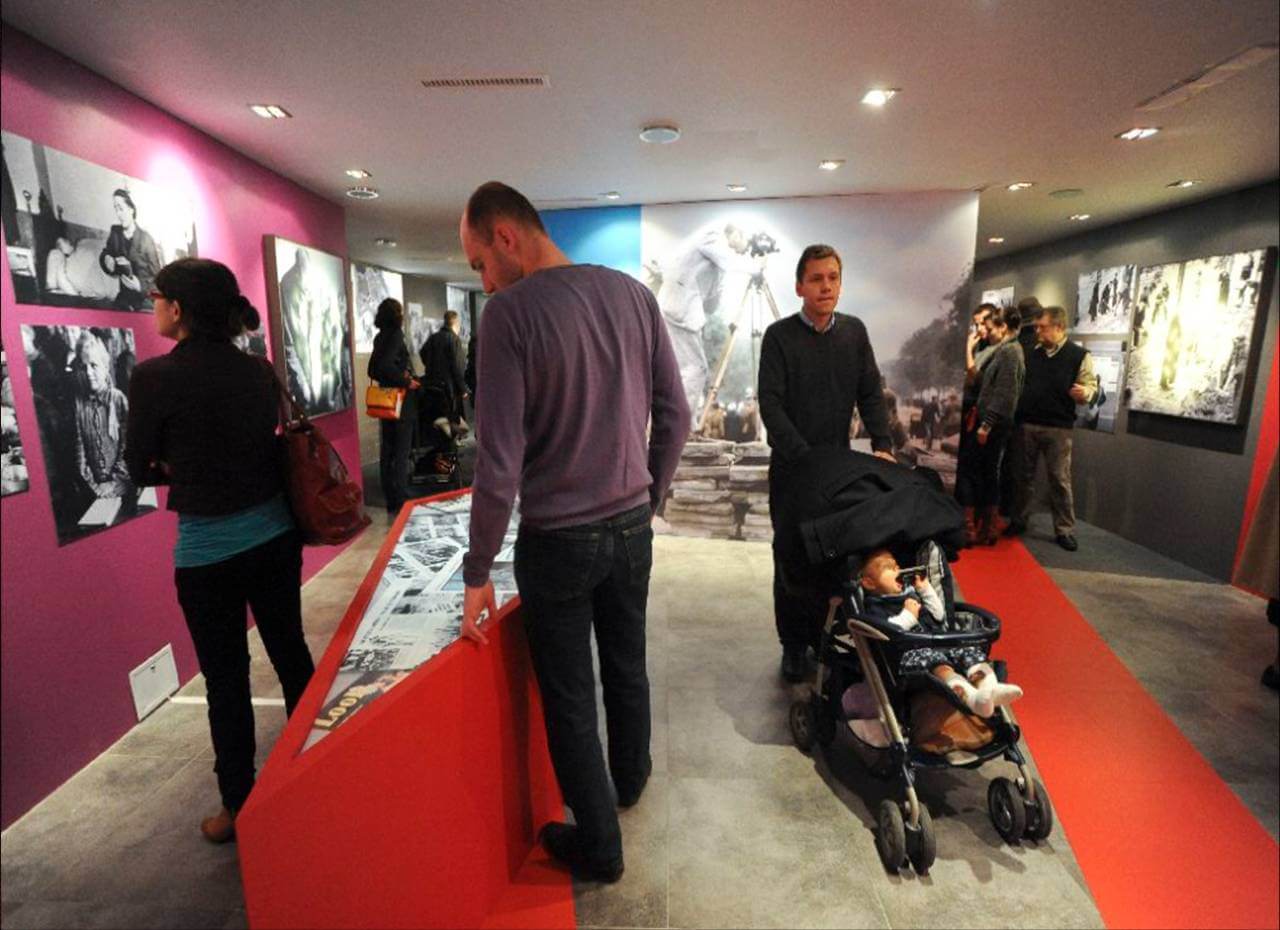 Center hosted a presentation by Warsaw’s History Meeting House. A 2005 creation of the Karta Center, the History Meeting House was envisioned as an independent cultural institute for the city of Warsaw whose primary objective would be the amplification of research and knowledge of 20th century Poland and East-Central Europe. To this end, the House organizes regular historical exhibitions, lecture cycles, public discussions, seminars, conferences, film screenings, and book promotions. The House puts a strong emphasis on its educational program, with master classes and instruction for children from pre-school age through university.

In its digital media archive, the House digitizes photographs, documents, and films for posterity. Through its oral history archive, it also collects, catalogues, and gives access to the historical record as told by those who witnessed it. The center publishes historical books and offers a wide selection of literature on 20th-century history in its bookstore.

Since 2009, as part of its "Warsaw Kresy Initiative", the History Meeting House has focused on a comprehensive research program of the historical and cultural heritage of the eastern sector of the First and Second Polish Republics, as reflected in the common heritage of Poland, Lithuania, Belarus, and Ukraine. "We’re putting all our resources to work – using a wide range of methods – to depict this history and this information. We work together with artists who craft our installations, our street-level events, and quasi-theatrical experiences. We’re concentrated on public history, fascinating biography, and unusual events in the lives of average people. We’re convinced that our identity – in both a private and public sense – is founded on a 20th-century heritage." Tomasz Kuba Kozłowski, coordinator of the "Warsaw Kresy Initiative", showed photographs and film as he led the discussion on the History Meeting House’s program, objectives, and related topics of interest.

Following the presentation, there was a discussion on the possibilities of cooperation between the History Meeting House and interested Lviv institutions. All who attended receive a packet of informational materials, picture post-cards and booklets from the House.