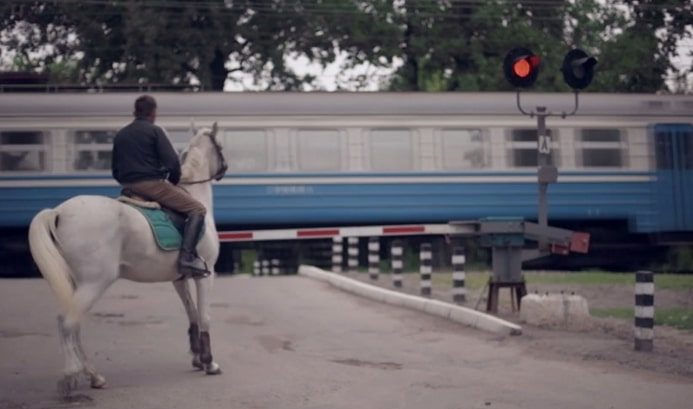 Welcome to the film screening "Grey Horses" (Mykola Ridnyi, 2016) followed by a discussion on historical memory in Ukraine.

The script is based on the investigation records and the stories of relatives of a little-known Ukrainian anarchist Ivan Krupsky, who is the great-grandfather of the film’s director. The documentary dramatisations are dedicated to the paradoxical periods of the protagonist’s life: his leadership in a rebel unit, participation in the civil war of the early 1920s, his hiding from persecution under the guise of a Soviet police officer, his job as a factory construction worker. The stories about situations in the past are reproduced using the actions of contemporary characters: contemporary anarchists, officers of the New Police, students and workers. The filming took place at the locations of particular historical events, in Poltava, Hadiach, Kharkiv and Bohodukhiv.