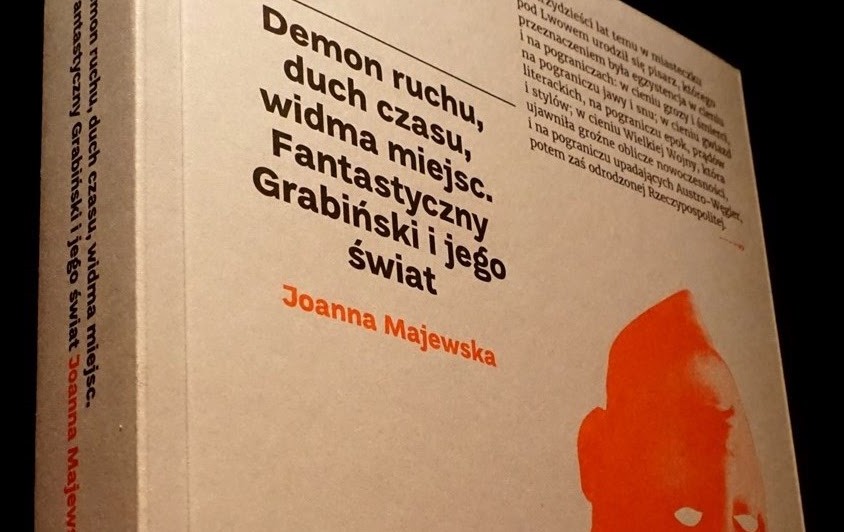 Demon of Movement, Spirit of Time, Ghosts of the Place. Fantastic Grabiński and his World

Stefan Grabiński in question remained to be a second line author even though he had always urged to get to the front line. The canonical writer of Polish fantastic literature inspired other authors of the genre, such as Stanisław Lem. Trapped within the stereotypical patterns ("Polish Po", "Polish Lovecraft", "Polish Meyrink"), today, he is being revealed as a unique author deserving more than mere references in historical literary overviews.

Joanna Majewska is trying to render his world centered in Lviv. She lists places, people, and events that shaped the writer’s imagination and talent. She is searching for support of her intuitive assumptions in his legacy. Grabiński’s works present a genuine phenomenon shaped by personal experience and provincial microcosm that either consciously or unconsciously fits within transformations in the macrocosm of European literature and culture.

The presentation will be held in Polish.

The meeting will be moderated by Taras Nazaruk, coordinator of "Lviv Interactive" project.

Supported by Center for Urban History