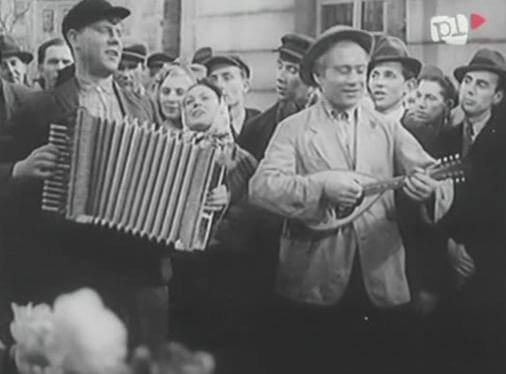 This was the story of a man and his activities at the time in which he lived, about a person who was one of the greatest writers of songs, dialogues, and comedy scripts in Poland in the interwar period – starting in the mid-1930s Emanuel Schlechter was the main author of texts for the famous film composer Henryk Wars.

Emanuel Schlechter came from a Polonized Jewish family of moderate means. As a volunteer (while still a schoolboy), he fought in the war against the Bolsheviks in 1920. He studied law at the University of Jan Kazimierz in Lviv and simultaneously performed in cabarets and theaters. He worked with the Polish Radio Lwów, where he showed himself as a language purist, whom colleagues called: "more Polish than Poles." He even wrote his surname in accordance with Polish transliteration: Szlechter. About 1933 he moved to Warsaw. There he became one of the most sought after authors of dialogues, scripts, and songs. He participated in the creation of nearly thirty films, including three films by Michał Waszyński about Lviv’s batyars – Szczepko and Tonko. His songs are still known in Poland, although the name of the author remains in the shadows. For example: "Każdemu wolno kochać," "A mnie jest szkoda lata," "Odrobinę szczęścia w miłości", "Sexapeal," "Umówiłem się z nią na 9-tą." Out of the "Lviv" songs, the following are worth mentioning: "Tylko we Lwowie" (Only in Lviv), "Serce batiara"(A Batyar’s Heart), "Mam gitarę kupioną we Lwowie."

The attendees learned about the life and achievements of Emanuel Schlechter in the context of his era.

The lecture was organized by the Center for Urban History with support from the Ukrainian Catholic University.