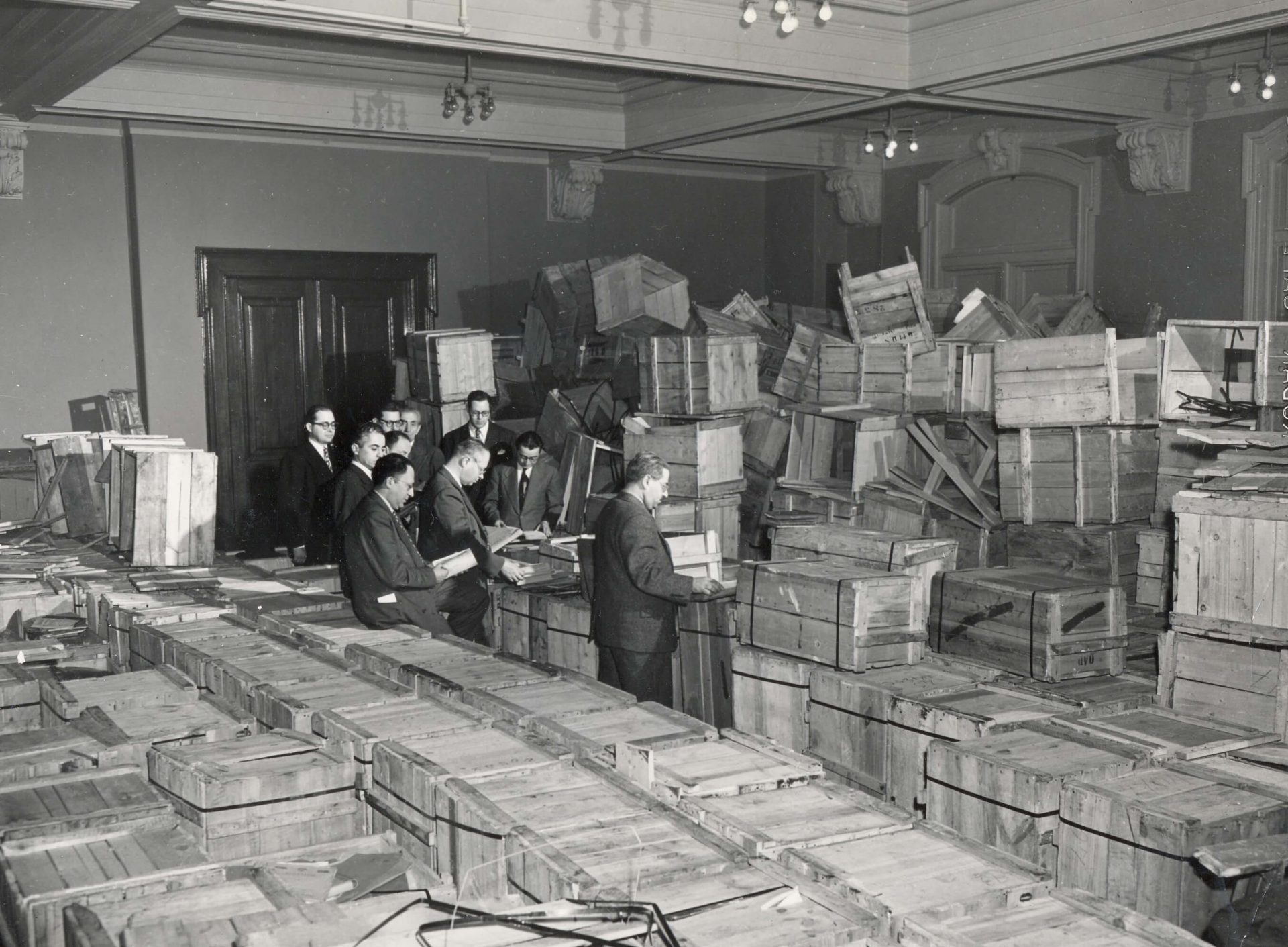 The Book Smugglers of the Vilnius Ghetto

The lecture was based on the research by the same name, that was published in October 2017.

David Fishman's The Book Smugglers is the story of ghetto inmates who rescued thousands of rare books and manuscripts—first from the Nazis and then from the Soviets—by hiding them on their bodies, burying them in bunkers, and smuggling them across borders. It is a tale of unwavering devotion to literature and art —including the readiness to risk one’s life for them. And it is entirely true. Based on Jewish, German, and Soviet documents, including diaries, letters, memoirs, and the author’s interviews with several of the story’s participants, The Book Smugglers chronicles the daring activities of a group of poets turned partisans and scholars turned smugglers in Vilnius (in Yiddish: Vilna), "The Jerusalem of Lithuania."

The rescuers were pitted against Johannes Pohl, a Nazi "expert" on the Jews, who had been dispatched to Vilna by the Nazi looting agency, Einsatzstab Reichsleiter Rosenberg, to organize the seizure of the city’s great collections of Jewish books. Pohl and his Einsatzstab staff planned to ship the most valuable materials to Germany and incinerate the rest.

The Germans used forty ghetto inmates as slave-laborers to sort, select, pack, and transport the materials, either to Germany or to nearby paper mills. This group, nicknamed "the Paper Brigade," and informally led by poet Shmerke Kaczerginski, a garrulous, street-smart adventurer and master of deception, smuggled thousands of books and manuscripts past German guards. If caught, the men and women of the "Paper Brigade" would have faced death by firing squad at Ponar, the mass-murder site outside of Vilna.

With the Soviet "liberation" of Vilna (now known as Vilnius), the surviving members of the Paper Brigade thought themselves and their precious cultural treasures saved—only to learn that their new masters were no more welcoming toward Jewish culture than the old, and the books needed to be smuggled out of the USSR. The books, and their rescuers eventually found their safe haven in the United States and Israel.

Сover Image: Leaders of the New York–based YIVO examine the crates of books and documents that had been packed in Vilna by the Paper Brigade and sent to Germany by the Nazis / YIVO Archives