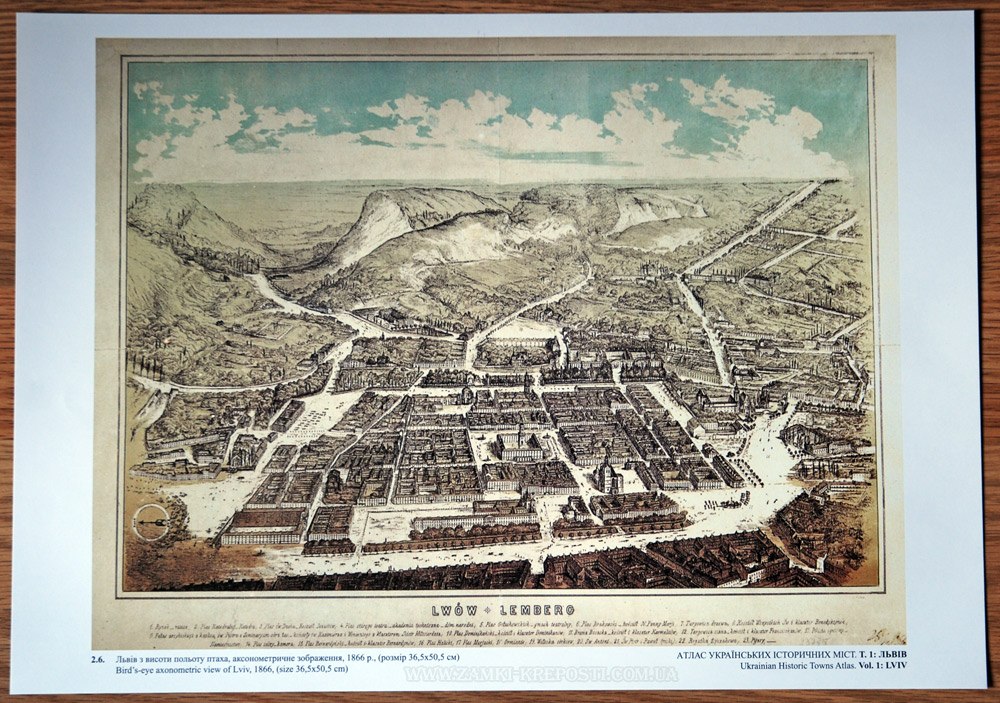 The atlas was edited by Myron Kapral and includes 25 original maps of Lviv, 11 maps of reconstructions, and 6 panoramas of the city.

The "Ukrainian Historic Towns Atlas. Volume 1: Lviv" is the first Ukrainian edition in the European Historic Town Atlas series, published under the auspices of the International Commission for the History of Towns, which initiated the project in 1955. The publication of this series is to establish the foundations for a comparative history of European cities in different periods.

Currently, scholars from 18 countries (Germany, Austria, France, England, Italy, Czech Republic, Poland, Romania, etc.) have published atlases of 502 towns. The atlas of Lviv is the 503rd edition of the series.

Creating an atlas of Lviv involves the use of narratives and, above all, cartographic methods, not only to capture the current state of historical knowledge about the city, but also to develop new areas of research and update the classic ones.

The atlas includes a large number of original maps of Lviv from the rich collection of the Central Historical Archives of Ukraine (Lviv), as well as the Academic Library of the Ivan Franko National University of Lviv, the Military Archive in Vienna, and several private collections. Twenty-five maps, submitted in the large format A1 to help keep to the original scale, were published.

Maps of reconstructions help scholars from other countries understand ​​the development of the urban history and cartography of Lviv. Overall, eleven such maps are presented, the first of which is devoted to the prehistoric times of the colonization of the city, and the last from the end of the eighteenth century, when Lviv was being rebuilt on new foundations of the residential capital city. Many of the maps are linked to the modern topography of the city using the computer system ARC-GIS, which allows the researcher to impose historic sites and buildings on the present territory of Lviv and apply them to other chronological periods.

The text content of the atlas contains a broad introduction to urban issues and includes scholarly essays on the historical and urban development of the city from the early Slavs to the present. The narrative material is presented according to different periods, including: archaeological (until the mid-thirteenth century), princely (thirteenth century), the Magdeburg law (end of thirteenth to the fifteenth centuries), early modern (sixteenth to the eighteenth centuries), the "long" nineteenth century (1772-1914), and the twentieth to the early twenty-first centuries. Particular attention is paid to the city fortification, which influenced urban development, especially in the Middle Ages and in the early modern times. It also includes an overview of cartographic material from the history of Lviv, a description of the panoramas of the city, and a bibliographical appendix. The text block, as well as the titles and other details of each map, is published in two languages: English and Ukrainian.

Detailed and large-format cartographic reproductions promote clearer localization of historical sites and improve the quality of archaeological excavations and subsequent architectural reconstruction work, which is important for Lviv because a large part of it is included in the UNESCO Heritage List. Moreover, it helps to integrate the national academic discourse into the global one with the prospect of joining other Ukrainian cities to this project.