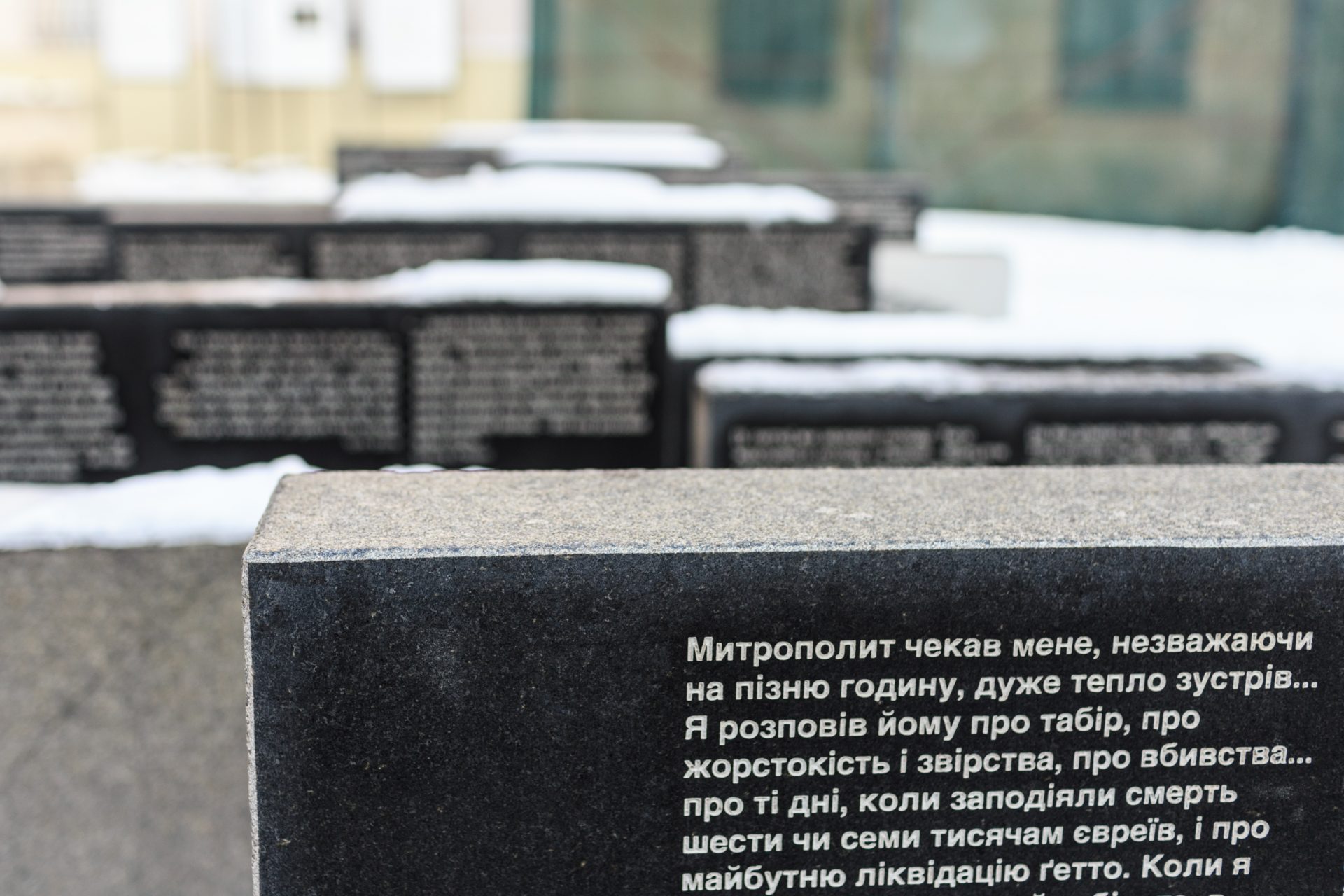 Around the Space of Synagogues. Walk at Lviv Heritage Sites

The project is developed and based on the quotes of the "Space of Synagogues." It offers a perspective on the city’s past as a shared heritage such as Ukrainian, Polish, Jewish, Soviet, and European. A public commemorative site "Space of Synagogues" located in the historical inner city of Lviv is an initiative to commemorate the history of Jews in Lviv. Anothger objective is to help Lviv citizens and visitors better understand common urban history and shared heritage. In 2016, the first segment of the public space was officially launched for the general public. It includes conservation of the remains of the "Golden Rose" synagogue, marking the foundations of the Jewish House of Learning Beith-Hamidrash, and erecting a memorial installation "Perpetuation" with the texts in Ukrainian, English, Hebrew, Polish, Yiddish, German, French, Dutch, and Russian to illustrate the linguistic and cultural diversity of the stories of the city and its residents. This commemoration space will be the basis and the starting point for narration about Lviv of the 19th and 20th century in this project.

The project includes three parts: conducting a research and the publication of a guidebook, development of a virtual itinerary, and an educational program for schools.

On the basis of quotes from the «Perpetuation" memorial installation, researchers and experts elaborated the texts to serve as a backbone for the guidebook. They share different stories of the city through the lens of own perspectives. Each essay is composed by different authors. Their professional approach and personal links to the authors of quotations in the role of researchers, pupils, or friends, allows to take a different view on the Space of Synagogues. The texts are building certain narrative not only related to the Jewish community of the inner city but also going beyond the location in time and space. It enhances opportunities for the narration on the city’s past by engaging different contexts and stories, including them into a complex history of Lviv that has been shaped by different communities for centuries. The focus of the guidebook on individual stories conceptualizes common heritage in a more sensitive way. It helps take a different look at the history of the city, and be critical about such topics as community, belonging, inclusion/exclusion, multiethnicity, and diversity.

The project "Lviv Interactive" used the guidebook as a basis for the new virtual tour. By linking it to the available materials of the "Lviv Interactive" the tours are placed within a broader context of the history of the city, and thus enable a broader perspective on its past. Moreover, they are using not a linear narration but rather the connection to a series of cultural layers and personal experiences.

Education program is also based on materials of the guidebook and engages digital tools. The idea of this part of the project is to involve teachers and pupils into the process of working on historical materials in the storytelling format. The program is interdisciplinary in nature as the work with pupils will engage a history teacher, a literature teacher, and an IT teacher.

The presentation will explain the structure of the guidebook, texts, and authors (Vladyslava Moskalets), an online map as part of the "Lviv Interactive" project (Taras Nazaruk), virtual tours (Taras Martynenko), education materials and syllabi around the project (Khrystyna Boyko).

Welcome to join the talk of researchers, guides, educators, citizens, and visitors, as well as anyone interested in the topic.

The project is implemented with the support of Lviv City Council.