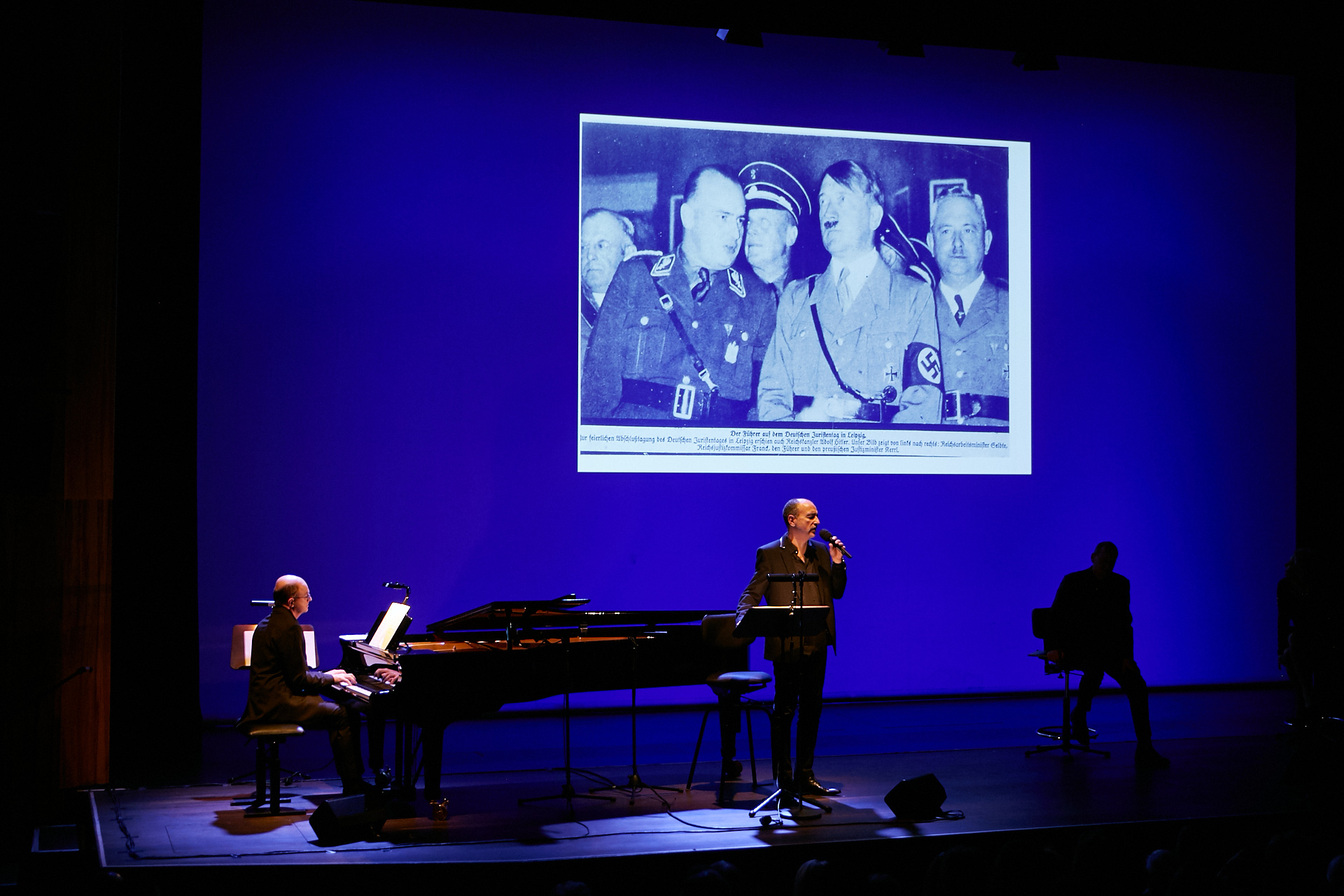 East-West Street explores the origins of ‘genocide’ and ‘crimes against humanity’ and the path to justice. The Ratline, the book’s sequel, is to be published in April 2020.

The performance focuses on the lives and ideas of three individuals from the trials: academic Hersch Lauterpacht, prosecutor Raphael Lemkin and Hitler’s lawyer Hans Frank, and the music that connected men on opposite sides of the courtroom.

In November 2017, an art performance "East West Street: A Song of Good & Evil" was performed in Lviv as a part of the program "Placeless/Placeness: Ideas of Rights and Justice in Eastern Europe" organized by the Center for Urban History of East Central Europe in partnership with the Centre for International Courts and Tribunals (University College London). With special participation of Emmanuel Ax, a world known pianist and seven-time Grammy winner. Mr Ax joined the performance only once, returning to the city where he was born and began musical education.

The performance in Vienna is part of the conference Between Kyiv and Vienna: Histories of People, Ideas, and Objects in Circulation and Motion which takes place at the IWM from December 4 to 7, 2019.