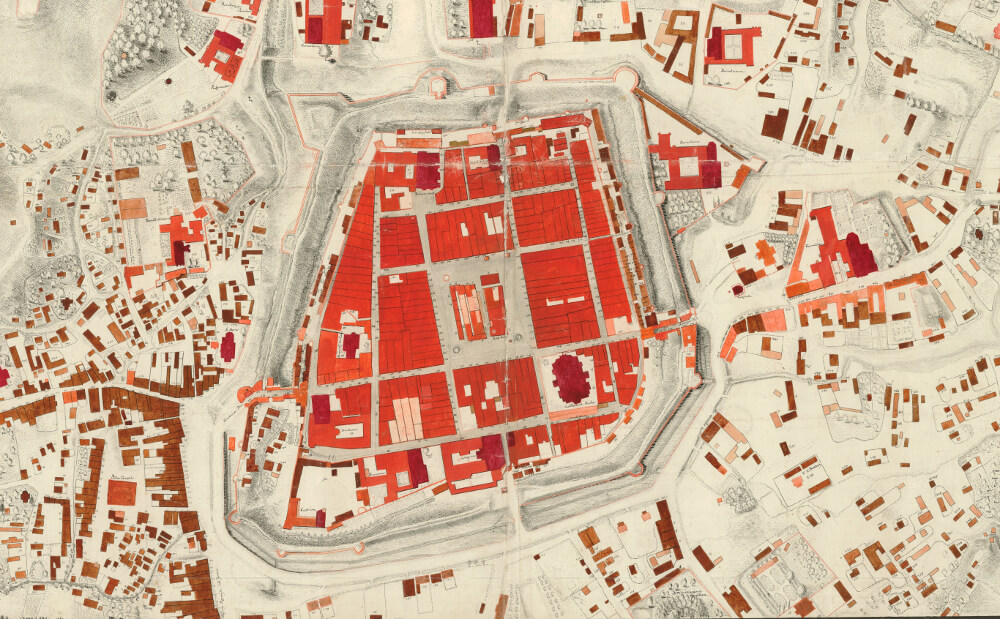 The History of Cities and Cartography: Methods of Implementation of the "Historical Atlas of European Cities" Project in Ukraine

Every city – as the political, administrative, economic, and cultural center of its surroundings – takes its shape as an integrated, structural mass drawn along defined territorial limits. The geographical considerations which exert significant influence on its further expansion are as unique as the city they define. Cartographic research has shown that the historical topography of Vienna differs from that of London, just as that of Berlin differs from Kyiv, and Krakow from Lviv. Yet through the application of modern techniques in historical cartography and other related disciplines, researchers may uncover among the varying and shared characteristics of European urban settings certain strands – common to all – of their ongoing development. By matching available historical descriptions with the coordinates of extant maps, scholars across post-war Europe were able to implement a comprehensive cartographic "megaproject".

In the 1960s the International Commission for the History of Towns initiated an ambitious "Historical Atlas of European Towns"cartographic project. Its primary objective was the establishment of a base for a broader comparative historical study of the towns of premodern Europe. The atlases featured original - and reconstructions of originals - maps of towns from the dates of their establishment to the current day, supplemented with descriptive texts. Entitled "Historical Atlas of European Towns", nearly 500 atlases depicting towns in eighteen European nations were published. After 1989, countries from the former Communist Bloc –Hungary, the Czech Republic, Poland, and Romania – were brought into the project. The "Historical Atlas of European Towns" project displayed a vitality and scientific rigour rarely encountered among joint European research ventures. The publication of the "Atlas of Lviv" is the first Ukrainian publication to follow the format of the European Atlas of Towns series.

Lviv-based researchers across multiple scientific disciplines – historical cartography, archaeology, historical architecture, urban studies, and sociology – have been working for over two years on a historical atlas of Lviv. The publication will be the first to treat the development of the city from its foundation in the 13th century up to and including the start of the 21st century. A vital part of this project is the publication and introduction into the scientific literature extant ancient maps and schematics of the city that were either previously unpublished or known only from illustrations included in other publications. Foremost among these are maps of Lviv drawn by French geometrician Jean de Defe (1767), Austrian cartographer von Mig (1778-1782), cadastral maps dating from 1849 and several others.

As the project advanced, practical research and publication questions continued to arise requiring broader examination and discussion. The initial presentation of the historical urban studies aspect of the project took place in September 2012 at the "Historical Atlas of Lviv: Maps, Texts, Reconstructions" seminar. The current conference was a continuation of that effort and discussion and is focused on establishing a research platform for the promotion of a beneficial exchange of ideas and experience among European participants in the "Historical Atlas of European Towns" project, especially among those enjoying the long experience in the publication of historical atlases and Ukrainian research colleagues who have entered into the process only rather recently.

Guests at the conference included Professor Anngret Simms from Ireland, representing the International Commission on the History of Towns; Katalin Szende, from the Department of Medieval Studies of the Central European University in Hungary; Professor Ferdinand Opll of University of Vienna, Austria; Professor Zdzisław Noga of the Pedagogical University of Cracow, Poland; and Professor Roman Czaja of the History and Archival Science Institute of Nicolaus Copernicus University in Toruń, Poland.

The conference was conducted in Ukrainian and German in synchronous translation.