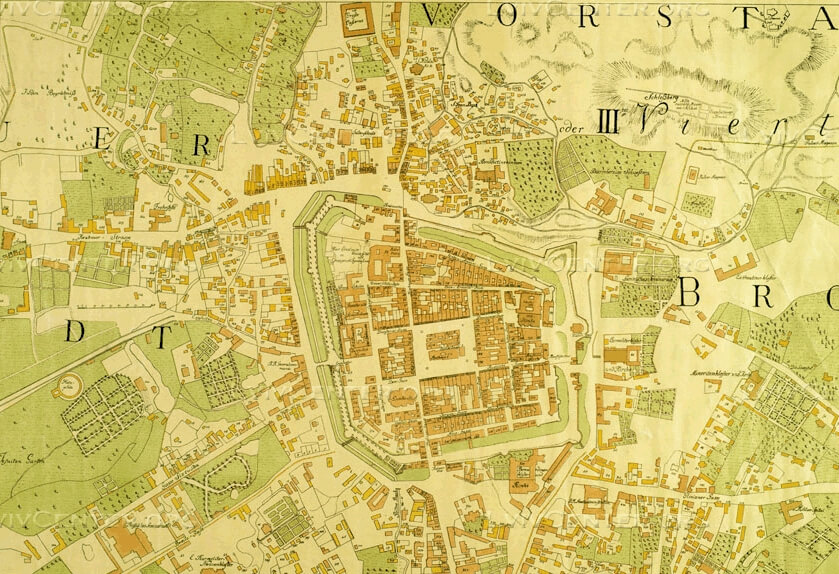 Working on the Atlas is a team of Ukrainian and Polish scholars comprised of representatives of various disciplines: historical cartography, archaeology, historical architecture, urban studies, social history. In order that the synergy of their interaction has the highest coefficient of useful activity, the seminar included presentations and discussions of such practical and scholarly questions as:

Moderating the seminar was Myron Karpal, director of the Lviv division of the M .S. Hrushevsky Institute of Ukrainian Archaeography and Source Studies at the National Academy of Sciences of Ukraine. Lviv occupies a specific place in research on Ukrainian cities, their spatial layout, complex spatial structure and socio-topography. Despite the monumental quantity of monographs and numerous smaller works, many questions remain unstudied. Up to now, there is no clear picture of the process of locating the Magdeburg city in the 13th-14th centuries, the city limits of Lviv in the early modern period, the planning structure of the neighbourhoods in the city center and in the suburbs, etc. In this situation, our conviction prevailed that it was necessary to publish the Atlas with updated knowledge about the development of Lviv and its suburbs and villages, which are a natural background of its territorial growth. An additional impulse was the good condition of preservation of much of Lviv's cartography.

The Atlas will comprise several parts. The first part will be archival maps, designs, with the recommendation of the International Commission for the History of Towns. Featuring in this list is the well-known, but not introduced into scholarly circulation, map of Jean Ignace Desfilles (1766 р.), a cadastral map of the city from the mid-19th century. We also plan to publish separate panorama of the city beginning from 1618 in the Atlas.

The state of contemporary historical urban studies allows scholars to present a series of maps of reconstructions: the colonization of the lands of the city and surrounding areas on the basis of archaeological data, the founding of the princely city, the process of locating the city in the Magdeburg period, the city limits of Lviv, the growth of fortification buildings in the early modern period, Lviv in the mid-19th century according to the cadastral plan, cartography of sacred objects (including those lost today). The goal of the authors of these reconstructions is to add to the spectrum of the spatial development of the city, fixed in archival cartography.

In the text are presented the basic stages of the city's development and its objects from the pre-Magdeburg period. Urban development will be followed from ancient times to the present. The text block will include basic bibliographic material, including the cartographic sources and monographs used in the Atlas.

We hope that the Atlas of Lviv will be used as a basis for comparative research of European cities, design and protection of historical environments, and finally for educational goals and popularizing one of the most well-known Ukrainian cities abroad. To this end, we decided to publish the Atlas in two languages: Ukrainian and English.