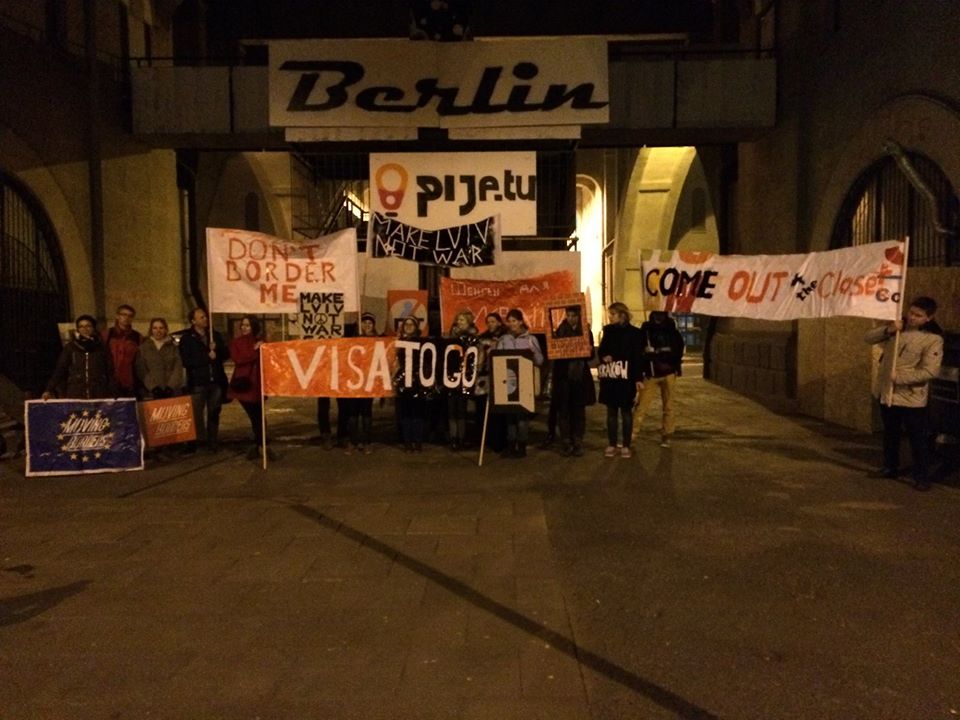 Borders in our lives are limited not only to political or administrative functions. Ideological, cultural, religious, social, and language differences may create borders that enhance existing divisions and can often weaken any form of a dialogue "beyond borders". Borders are created by humans, so they can also be overcome by them. Social exclusion due to stereotypes, mental diseases and physical disabilities, discrimination of immigrants, refugees, ethnic and sexual minorities, as well as extreme nationalism, new interethnic conflicts and wars – all of these can create invisible borders that separate people.

It was the second "Moving Borders" workshop held jointly with the Center for Urban History and aimed at young people from Germany, Poland and Ukraine. The goal of the workshop was to unite people beyond borders, overcome stereotypes and change perspectives during a transnational trip by train from Berlin, via Warsaw to Lviv.

Participants started their journey in Berlin on Friday, October 30. After three days of workshops, meetings and discussions they got on a train to Warsaw where they continued their discussions.

The last stop was Lviv on November 6, where participants got a tour of the Pidzamche area of the city as well as the Memorial Museum Jail on Lontskoho.  At the Center for Urban History they discussed gender and human rights as well as war and borders.

On the last day, November 7, projects were presented that were created by young people during the workshops and train journey from city to city.

The project was implemented within the program "Europeans For Peace" with the support of the Foundation "Remembrance, Responsibility, and Future" (EVZ). The project was also co-funded by the German Federal Foreign Office.

Workshop organizers: Citizens of Europe e. V. jointly with the Robert Schuman Foundation of Poland and "Cluster" NGO. Supported by the Center for Urban History.