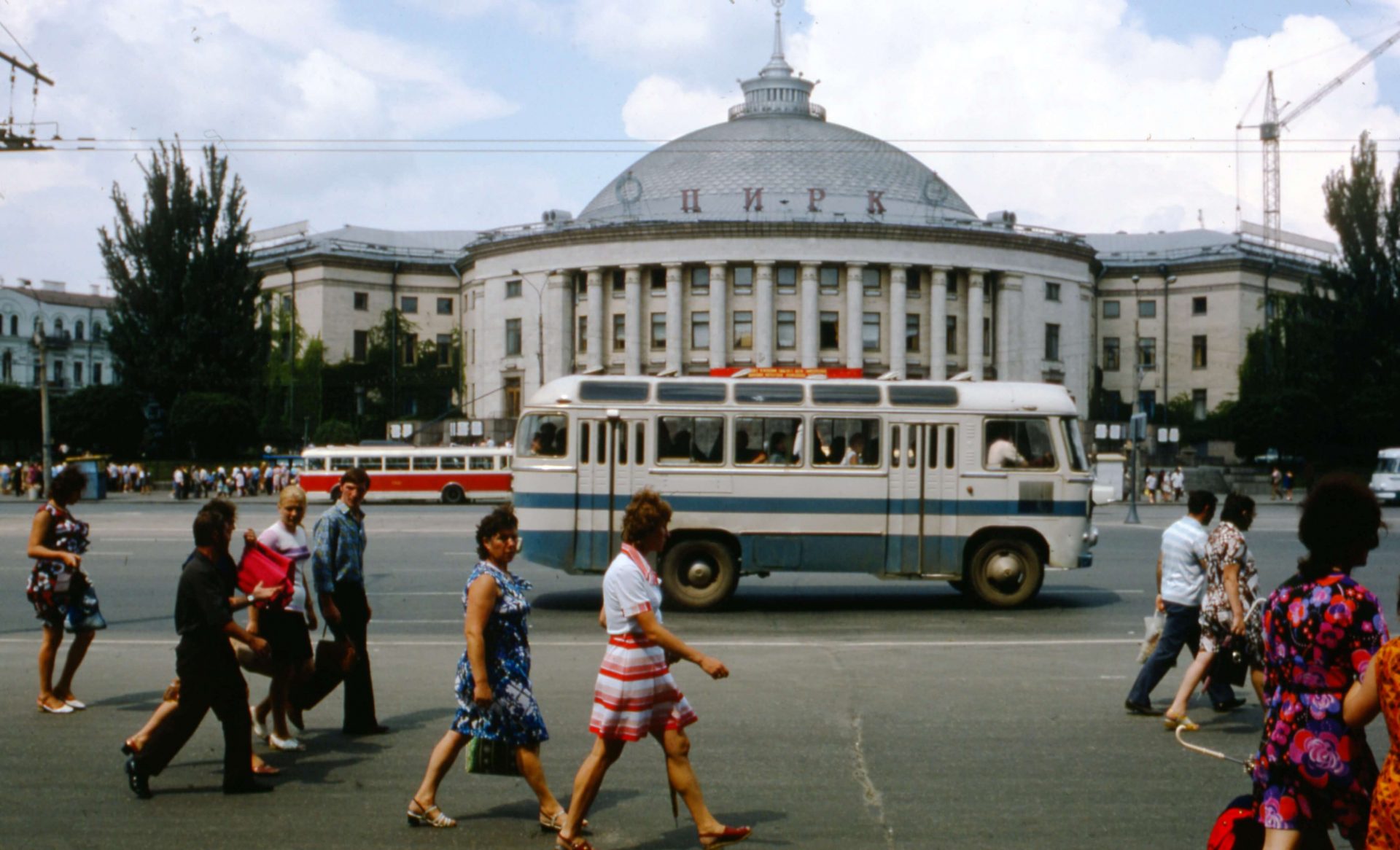 USSR Through the Eyes of Americans

Two large collections of color images shot by US citizens during their stay in the Soviet Union have recently been made available online.

Two men – Thomas Hammond, a historian and a professor at the University of Virginia, and Martin Manhoff, assistant army attaché at the US Embassy in Moscow – captured everyday life in Soviet cities on color film during their stay in the Soviet Union. Their archives comprised of hundreds of images have recently been found, digitized, and posted online, independently of each other.

Martin Manhoff served at the US Embassy and lived in Moscow during two years in the early 1950s. Later he was accused of espionage and had to return to the United States. During his stay in the Soviet Union, Major Manhoff managed to produce reels of 16mm film and hundreds of interesting images. His gifted photographic eye captured everyday scenes from the life of Soviet citizens as well as mass celebrations. He shot all his photographs in a hidden way observing the city either from his car or from the balcony of his office at the US Embassy. It was from there that he shot in full color some of his most unique films – the footage of Stalin’s funeral on Red Square.

Martin Manhoff took his trove with him to the United States, but he didn’t publish the rare images. They lay forgotten, stored in cardboard boxes at his home, for more than half a century until their discovery and digitization by historian Douglas Smith after the author’s death. Currently these materials are being studied and gradually published on Radio Liberty’s website in English and Russian.

Thomas Hammond’s archive met a similar destiny. The historian from Virginia frequently visited the USSR and traveled a lot throughout the country, in particular to Kyiv, Moscow, Leningrad, and Riga. He also used color film and showed a special interest in everyday life in the Soviet Union, but unlike Manhoff, he shot all his images openly. About three thousand of his digitized photographs have been posted online by the University of Virginia via BOX.

Both collections are very interesting for research and comparison as they share some commonalities, but at the same time show different approaches to photography and tell a lot both about the Soviet Union and the authors. The photographs have special significance due to the technical methods used and the color film. The vibrant visual language of color photography dispels common stereotypes about the past, in particular the Soviet past, as grey and mundane.