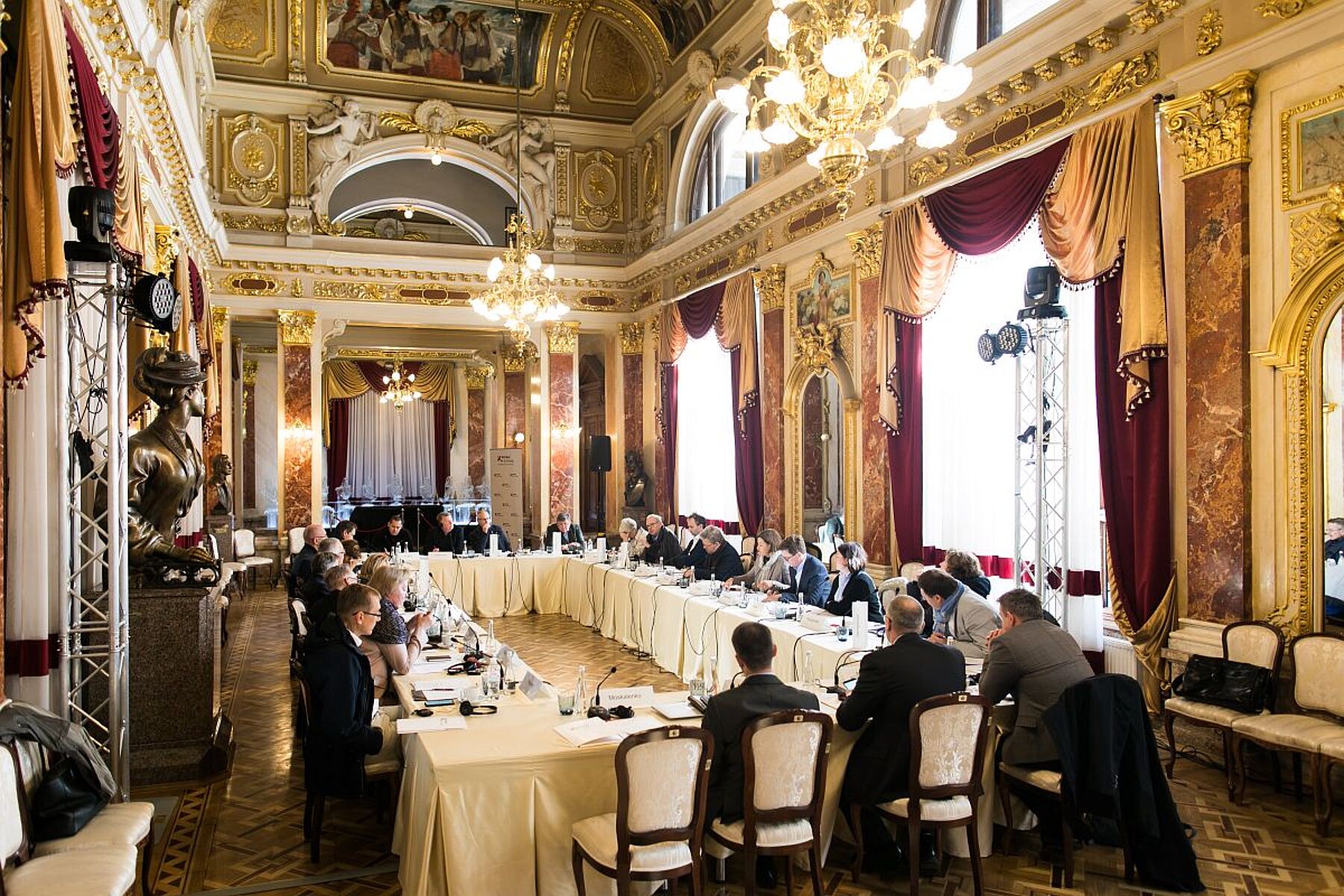 Körber History Reflection Group met in Lviv, Ukraine. Having convened in the Belarusian capital of Minsk in late 2018 and in Berlin in May 2019, the international group of experts came together in western Ukraine’s largest city in order to continue its interdisciplinary and transnational dialogue on the legacy of the World War era in the historically most affected parts of Eastern and Central Europe.

The complex and multi-ethnic past of Lviv, with its amalgam of Polish, Jewish, Ukrainian and Soviet history, served both as background and as point of departure to engage in critical and forward-looking discussions. Central focus points were the enduring presence of Habsburg, Tsarist or Soviet rule, ethnic conflict and reconciliation between Central Eastern Europe’s nations and minorities, the historical rupture of Nazi rule and the Shoah, as well as a currently observed politicisation of 20th century history, brought about by an intensification of conflicts along assumptions of nationality and geopolitical interest spheres.

Historians, diplomats, politicians, members of civil society and the media from throughout Europe grasped the opportunity to exchange insights and confront themselves with new perspectives. Ukraine’s current political developments and its positioning between East and West, Russia and the European Union, were revisited regularly during discussions, with invaluable input by Ukrainian participants such as the newly appointed vice-minister for culture, Iryna Podolyak, and contemporary historian Georgiy Kasianov. Direct exchange with Lviv’s mayor, Andriy Sadovyi, as well as local memory actors such as Vasyl Rasevych, allowed participants to gain a first-hand understanding of how the future trajectory of Ukraine’s democratic project depends on reaching a shared understanding of its past. Representatives voiced their hope and confidence in developing and promoting narratives of inclusion rather than exclusion, and that aim at reconciling the multitude of individual and societal, cultural and political experiences that make up today’s Ukraine. Following an inaugural keynote by Karl Schlögel, who underlined how intricately Ukraine’s history is interwoven into the region, two days of intense exchange in round table sessions and during excursions and meetings allowed participants to review and remap their assumptions and understanding of Ukraine’s past and present in or vis-à-vis Europe.

Sofia Dyak, the director of the Center for Urban History, is a regular participant of  the Körber History Reflection group. The Lviv meeting was carried through in cooperation with our institution.

The Körber History Reflection Group sets a focus on debating how historians, politicians, diplomats, as well as members of civil society and the media can involve themselves in a process of deweaponising contested pasts and politicised perceptions of history, while balancing critical debate with empathy toward those affected by last century’s legacy of violence.