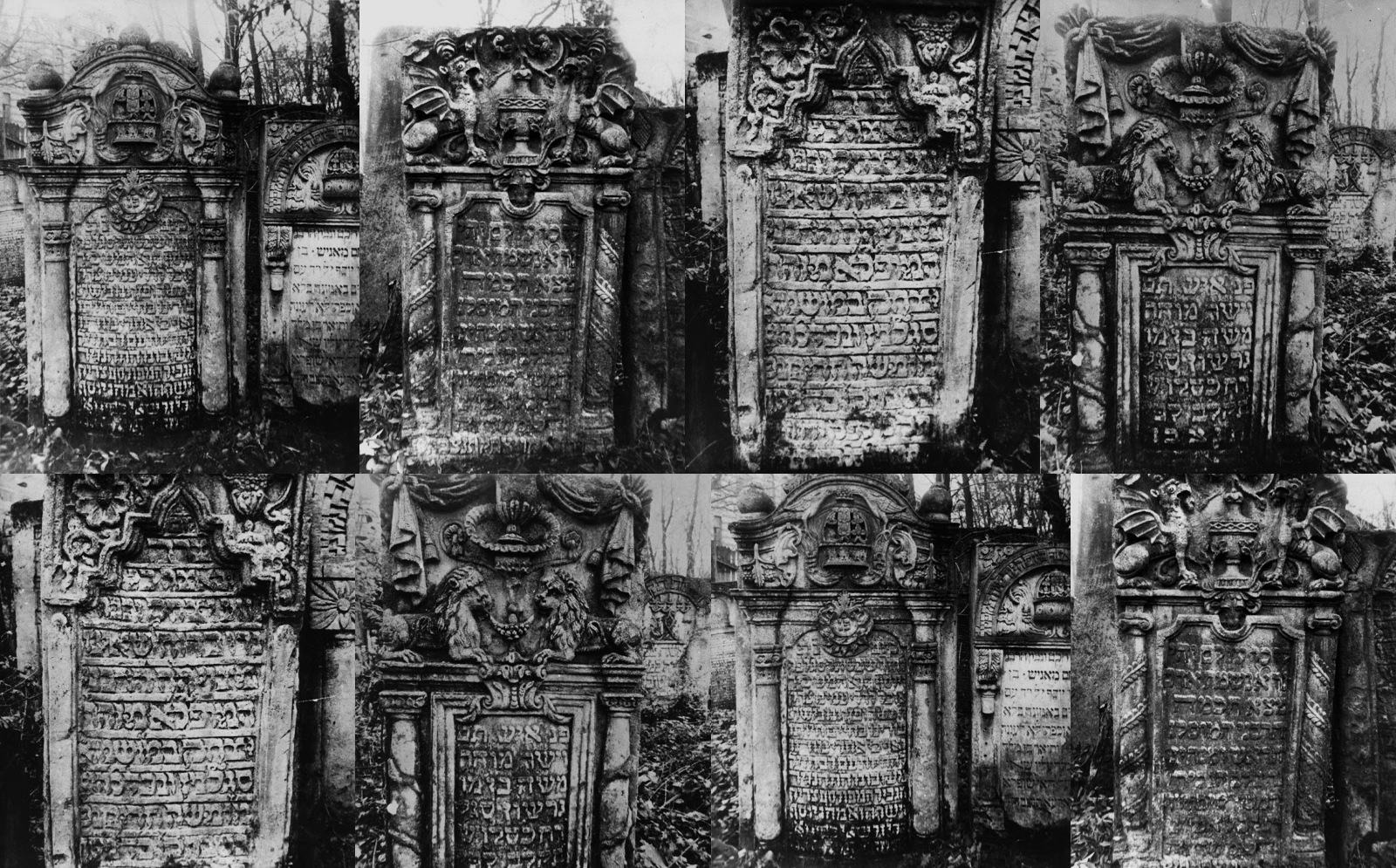 What do we remember about the past and how? How do we mark places of memory and what do we say about them? We asked the participants of the Jewish summer school to consider these questions. Over the course of four weeks young people from Ukraine, Poland, Russia, and Belarus worked on projects to search for ways to include places of Jewish history in the modern space of ​​the city. The main idea of ​​the project was to bring attention to the communities and people who lived in Lviv before World War II and the Holocaust. Two exhibitions and festivities ​​encouraged local residents and visitors to re/think the multiethnic past of Lviv and the importance of preserving its multicultural heritage.

The opening of the projects took place on June 7, 2015, in the public space of Lviv.

Place: the Hospital courtyard on the 8 Rappoport Street.

The project "Mapping point" was the marking sign of the oldest, today non-existent Jewish Cemetery in Lviv (behind the former Jewish hospital at Rappaporta str., 8). The installation preserved the memory of the past, connected it with the present and in the same time gave a place for rest and reflection. The triangle bench was shaped after the arbitrary sign used on the pre-war maps to mark Jewish cemeteries. It linked the past - the old cemetery and people that were buried here - with the people who work and live in the area of the Krakivskiy market today.

June 7 - the exhibition "Message from the Past, Lessons for the Future"
Place: Koliivshchyna Square

The exhibition "Message from the Past, Lessons for the Future" was dedicated to residents of the city who survived the Holocaust – the few of the hundreds of thousands whose history remains silent in the city walls. We looked at the catastrophe through the eyes of Jews living in Galicia. This view of the past toward the present day helped us rediscover familiar places in the urban public space. Three stories of Lviv residents and biographies of places were represented in the exhibition – a mosaic of intersection of two eras, before and after the Holocaust. This was the story of a people, divided by a common death path. A path that could not be left in oblivion and down which it was unacceptable to go again – this was the lesson of the past for the future of us all. The opening exhibition was accompanied by a poetic presentation.

​​Saint Theodore's Square and the Jakob Glanzer Synagogue were important places for the Jewish community of Lviv. It is on these streets that different cultures met. The festivities ​​on ​​Saint Theodore’s Square reminded us of the Jews who lived here before the war. The neighbors who are key to the project also belong to the present. We looked at the history of the Jewish neighbors who once lived near Saint Theodore's Square and plunge into the modern life of this place. We did this through food, language, and tradition. Photographs provided by the Center for Urban History also helped us to remember the diverse life of the district.

The projects are implemented as part of the summer school "Jewish History, Multiethnic Past, and Common Heritage: Urban Experience in Eastern Europe".

The project has become part of the public program of the Summer School "Jewish Days in the City Hall" and a festival of Jewish culture "LvivKlezFest".

With the support of the Department of Culture of the Lviv City Council and the Jewish Charitable Foundation "Hesed-Arieh."